This year I had El Paso on my mind. In February, on a visit to the Denver Center Theatre’s New Play Summit, I heard a reading of Isaac Gomez’s Wally World, the playwright’s funny and deeply compassionate version of his mother’s twenty-three-year rise through the ranks of Walmart employees at the store near El Paso’s Zaragoza Bridge. (Isaac calls it “Walmart Chekhov.”) By June I’d also read twice through Octavio Solis’s beautiful El Paso memoir Retablos and, so, was carrying my friend’s vision of this, his hometown, etched in my mind and heart. These living images sat uneasily beside the Trump-etting from Washington about the dangers of Texas border towns (read El Paso, which is, in fact, right across the highway from Ciudad Juárez, Mexico), with its message that the real danger comes from the border crossers themselves, and by extension brown and black people everywhere. And, of course, there was August 3, when a white man from Allen, Texas drove ten hours (650 miles) and chose another El Paso Walmart as the site of a racist slaughter, targeting members of the Latinx community, apparently inspired by the President’s message. 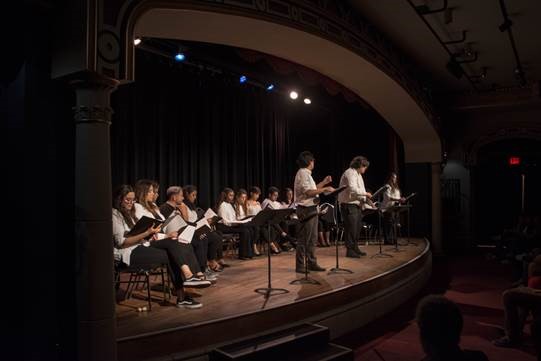 I had the honor of traveling to El Paso on behalf of the Guild in September, to participate in El Paso Strong, an evening of readings by twenty-one Texas playwrights—from high school students to leading professionals like Isaac and Octavio—organized and directed by Guild member Georgina Hernandez Escobar. Georgina is a dual citizen of Mexico and the U.S., who had only weeks before returned to her alma mater the University of Texas at El Paso as a Visiting Professor of Practice in the Department of Theatre and Dance. In those few weeks in the aftermath of August 3, she had put out a call for short plays, written one herself, gathered them into an evening, cast and rehearsed them, and, in collaboration with her colleagues at UTEP and Guild Director of Community Engagement Jenna Chrisphonte, produced this urgent event, even as she taught her first classes, warmly hosted visitors—master playwright/teacher Paula Vogel and then me—and prepared for a workshop of her own in Portland, OR the following week. 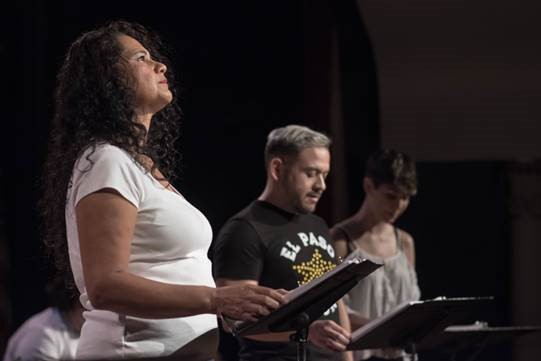 Here’s what I didn’t know until I arrived: El Paso has consistently ranked in the top ten safest large cities in America. Also, the city is beloved by the people who live there. I learned this in the most immediate way—a character in Jesus Valles’ short play recited a long, ferocious litany of the things he loves about El Paso, eliciting equally ferocious laughter and affirming cries from the approximately 175 people in the audience of the jewel box Philanthropy Theatre downtown. 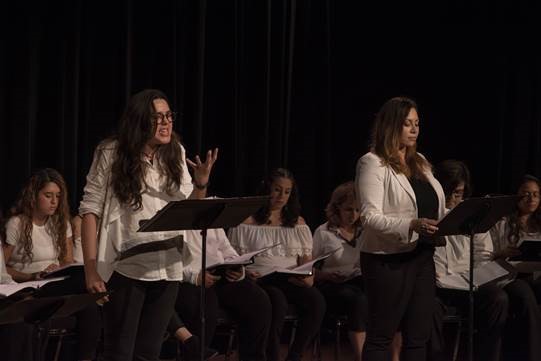 I didn’t know how powerful it would feel, just to sit among other people who turned to theatre as a way of finding and feeling their way through the most horrible and random violence. And despite a deep belief in the theatre—if not to heal then at least to help us struggle to heal, to wrestle with that which we must contend—I didn’t know—or knew but needed reminding—how this powerful sitting among others, as a company of local actors presents one playwright’s El Paso after another, can bring an audience into a sense of shared identity, shared grief, and shared awareness of a place, including the depth of what happened in that place and all the many ways we might, together, respond. 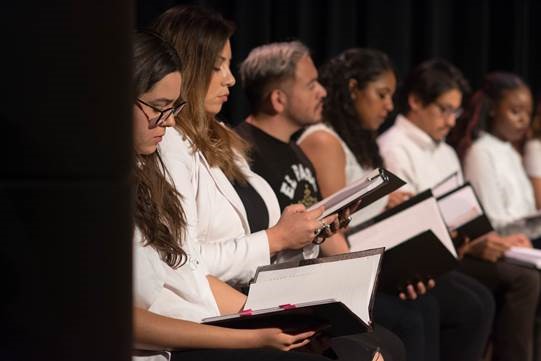