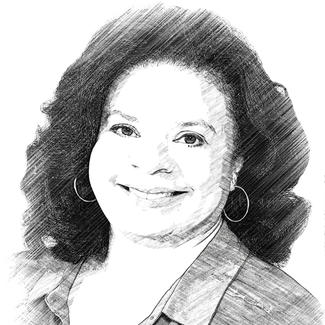 Yvette Heyliger is a playwright, producing artist, and activist. She is the recipient of AUDELCO Recognition Award for Excellence in Black Theatre’s August Wilson Playwright Award and Dramatic Production of the Year.  She received Best Playwright nomination from NAACP’s Annual Theatre Awards. Author of What a Piece of Work is Man! Full-Length Plays for Leading Women and Autobiography of a Homegirl, she has also contributed to various anthologies including, ARTemis Arts Wisdom Anthology, She Persisted: 30 Ten-Minute Plays by Women Over 40, She Persisted: Monologues from Plays by Women Over 40, Performing #MeToo: How Not to Look Away, Performer's Stuff, The Monologue Project, Later Chapters: The Best Scenes and Monologues for Actors over Fifty, Short Plays on Reproductive Freedom, and 24 Gun Control Plays. Selections from her play, Autobiography of a Homegirl, appear in Smith and Kraus’ The Best Women’s Stage Monologues 2003 and The Best Stage Scenes 2003.  Other writings: The Dramatist, Continuum: The Journal of African Diaspora Drama, Theatre and Performance, Black Masks: Spotlight on Black Art, HowlRound, and a blog, The Playwright and The Patron. After many years in front of the footlights, Heyliger returned to the stage as a solo-artist in her first one-woman show, Bridge to Baraka, most recently performed in the United Solo Theatre Festival on Theatre Row in New York City.  Heyliger is the recipient of various grants, including New York State Council on the Arts and the Lower Manhattan Cultural Council, among others.  She was selected for writer's colony artist residencies at Hedgebrook and the Writer's Well.  Memberships: Dramatist Guild, AEA, SDC, AFTRA-SAG as well as the League of Professional Theatre Women, Theatre Resources Unlimited (TRU) and the Harlem Arts Alliance.  Yvette has a BA and MA from New York University; an MFA in Creative Writing - Playwriting from Queens College; and a Master of Theatre Education from Hunter College. She was an Obama Fellow (2012) and was a founding member and longtime volunteer with Organizing for Action.  As a citizen-artist, she has worked on many issues including: gun violence prevention, equal opportunity and pay for women artists, and most recently, the #MeToo movement.  A producing artist and partner in Twinbiz™, she is the co-recipient of the first National Black Theatre Festival Emerging Producer Award.  Twinbiz™ writes, directs and produces original works for the stage which seek to educate and entertain in the service of social change.  Yvette lives in Harlem, USA. 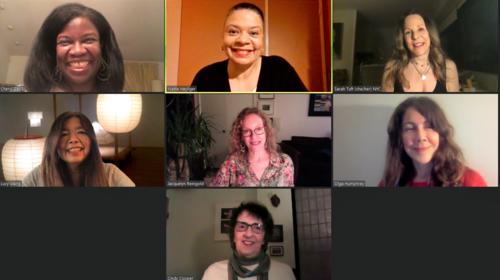