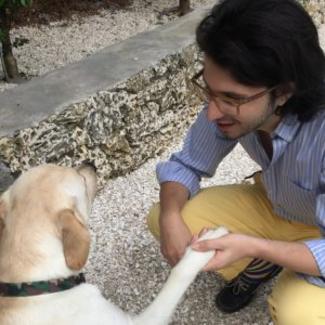 William Hector is a Miami-born playwright and novelist. Graduating from the University of Miami in 2015 with dual degrees in Politics, Philosophy & Economics, and in Playwriting, William was one of four playwrights chosen to participate in Miami Dade County's Playwright Development Program from 2015 to 2017, and was recently awarded a Knight Foundation New Work Miami grant to write, produce and stage G7: 2070: An Immersive Theatrical Summit. In January of 2019, the Camino Real Playhouse in San Juan Capistrano selected his play Unbound for performance in their ShowOff! International Playwrighting Festival, and in the past, he has worked to stage readings of his plays Sheol, Draco, The Monster with 21 Faces and The Kipling Backpack Thief in collaboration with partners including The Playwrights Center, Meetinghouse Miami, and the MDC Department of Cultural Affairs. He has also worked on collaborative productions in partnership with fellow writers with The Deering Estate and WLRN.