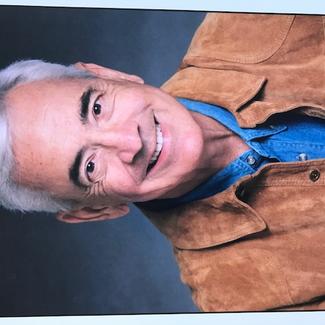 His first play, COACHES,  received critical acclaim in Los Angeles (The Freud Playhouse - UCLA) and toured to the University of Notre Dame, Milwaukee, San Francisco, The Super Bowl in Phoenix and The Academy of Television Arts and Sciences. He wrote the book for the musical, “KNUTE ROCKNE- ALL-AMERICAN,” which received rave reviews from the Chicago critics along with several Jefferson Award nominations. It was also selected by Northwestern University as their American Musical Theatre Project (AMTP) for 2016. It opened at Northwestern in July of 2018 under the title of THERE'S SOMETHING IN THE GAME.  His play, JOEY and MARE, was the winner of the 2018 Show-Off International Playwriting Contest and received a production at The Camino Real Playhouse in San Juan Capistrano. The play was also a finalist in the 2020 Avalonia 7 Theatre Festival and the 2018 OC-Centric Playwriting  Contest and received a production at Chapman College.  Another play,  THE BARBECUE, was runner up in the New Works of Merit International Playwriting Contest and received a production at the 13th Street Repertory Company in New York in 2013.   Other plays include the award winning play, ALABAMA BAGGAGE (Ohio State Playwriting Competition and New Works of Merit Playwriting Contest), THE VIAGRA MONOLOGUES, FORE and the short plays,  HELP, KICKIN' IT OLD STYLE  and BIG "G" AND THE KID. He is an active member of The Dramatists Guild of America,  the Alliance of Los Angeles Playwrights (ALAP) and the Orange County Playwrights Assn. (OCPA). He resides in Laguna Beach,  California with his wonderful wife Pamela and their two doggies, Teddy and Lilly.