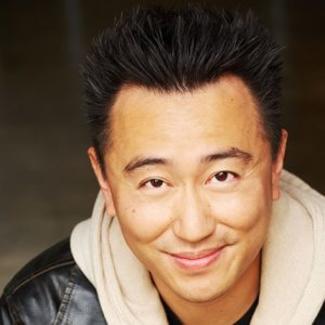 Born in Taiwan, Weiko immigrated to the United States when he was eight years-old and grew up in Pasadena, California. He received his B.A. in English (Creative Writing - Playwriting) from UCLA and M.F.A. from UCLA's School of Theater, Film and Television. Weiko's original plays and musical productions have been produced, workshopped, or received stage readings at various Los Angeles theaters. They include UCLA Royce Hall, UCLA Black Box, Veteran's Wadsworth Theater, David Henry Hwang Theater, Chicago's Silk Road Rising, Century City Playhouse, The Loft Ensemble, and Japanese American National Museum. A Fulbright Senior Specialist and a Dramatist Guild of America member, Weiko has taught playwriting and/or screenwriting at Northwestern University, UCLA, and Taipei National University of the Arts. Based in Los Angeles and Boston, he is currently an Assistant Professor at School of the Arts at Emerson College.

After his Buddhist mother passes away of cancer, an alcoholic and depressive college circuit comedian on the road reluctantly reunites with his estranged and married Jewish high school sweetheart in Chicago. The death that reconnects these two as adults turns out to be their source of salvation.

THE BEST MAN by Weiko Lin

Mitchell spends the evening before his wedding at a hotel suite with his brother and best man, Danny, a DJ burnout who makes his money pimping out his young, naive girlfriend, Misty. Mitchell is marrying Julia, who is also Danny's ex-wife. When the women arrive, the drinks flow and the charade begins. Beneath its high-stakes surface and temptation, a dark vengeful secret explodes as the night unfolds.

Set in the back lot of a Los Angeles dive bar, a delusional barmaid spends the night convincing the last customer from committing suicide. As dark pasts unveil, they discover the secret ties between them.

A teenage boy serves five years in prison for stabbing a mentally challenged man to death, and confronts his sexuality, conscience and guilt one hour prior to his probation hearing.