Verna Craighead Green begin working in the arts at an early age, singing on a weekly television program. As an accomplished poet in the late 70's she landed a job as a songwriter with Clevetown Music of Los Angeles, Ca.(cataloged by Word Records.) She is a playwright known for her debut work BREAKTHROUGH, a musical about urban young adults. It was performed two seasons at the renown KARAMU HOUSE THEATER,and several others venues in Cleveland, Ohio. REJOICE, the History of Black Gospel music (From plantation to platform) has had multi runs. Her melodrama,  REDD, is a fictional 2 act play about a tyrannical father who manipulates the life of his family and town in rural Kentucky 1957.  This piece was accepted by the NEGRO ENSEMBLE COMPANY to be included in their series of works in progress in the late 80's.  Her latest work,  HALIE THE MUSICAL, has been acclaimed as one of the best musical plays produced in Cleveland, Ohio.  Halie is a creative, nonfictional 2 act play based on the early years of gospel legend, Mahalia Jackson. In addition to 12 performances in the Cleveland area. Ms. Craighead Green has toured this play as part of her production company's masterpieces. 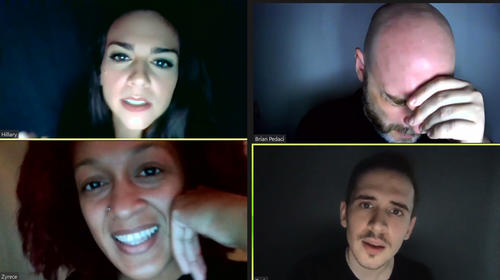 Ohio: Both Grief and Memory