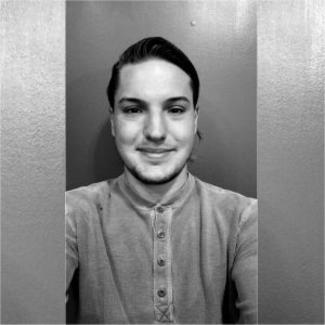 A rising playwright displaced from Long Island to Connecticut, Timothy M. Gadomski currently works at Nelson Hall Theatre in Cheshire. He writes with his heart & soul often with storylines dealing with Mental Stability, Love, and Gender. Timothy has been involved in theater for over a decade and had his show, "Indulgence," "Free Will," and "The Harsh Reality of Dating a Poet," produced throughout Connecticut and the East Coast.

Premiered "Indulgence" at the University of New Haven in Connecticut, 2017.

Premiered "The Harsh Reality of Dating a Poet" at Nelson Hall Theatre, 2020.