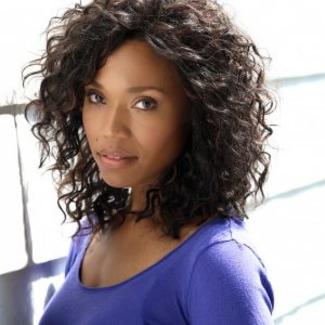 Tia Dionne Hodge is a writer, actor, director-producer, and acting instructor. She is the author of Play. Speak., a workbook and collection of 40 challenging monologues for young actors ages 13 to 18 (OddInt Media, publisher, April 2014). Her monologues and essays can also be found in New Monologues for Women by Women,  Volume IIand  Black Comedy - 9 Plays.  She was the inaugural recipient of the Adrienne Kennedy Society’s Louis Kent-Hope Award for Excellence in Creative Writing & Poetry, and a National Poetry Slam Team Champion (Cleveland, OH, 1995). Her Cleveland Trilogy, Puddin’, A Spider in Wine andLove… Like Lemonade received workshops by New Jersey Dramatists & Waterfront Ensemble (Hoboken, NJ).  Puddin’ was accepted and produced at the New Perspectives Theatre Company Voices From the Edge 6.0 & 7.0 Festivals (NY, NY), and was an alternate for the NY International Fringe Festival in 2003.  The play was read at the 2009 New Moon Reading Series at Luna Stage (Montclair, NJ,) and accepted to the 2009 NY International Fringe Festival.  A Spider in Wine received a reading at The Classical Theatre of Harlem's Playwright's Playground (January 2014). She earned her M.A. and B.A. in English Literature from Case Western Reserve University in 1996 and is a member of SAG-AFTRA, AEA.

Tia Dionne has appeared in numerous national and regional on-camera and voice-over/radio commercials. She made appearances in Forever, 666 Park Avenue, Law & Order, Law & Order: Criminal Intent, Law & Order SVU, Conviction, as well as the pilot, The Third Degree, for Fox. She also appeared as the recurring characters “Angel Mel” and “Amelia Bennett” on ABC’s One Life to Live, and was a panelist on Cafemom.com’s Coffee Shop Confessions. In 1998, she received a Best Actress nomination by the Independent Reviewers of New England for her performance as “Veronica” in New Repertory Theatre’s production of Athol Fugard’s Valley Song. She can next be seen in Nicole Holofcener’s Netflix film, Land of Steady Habits.

Tia Dionne is the creator of the original dramedy web series, Where’s the Love (formerly titled, Babygirl Blues and Other Colored People). The series had its premiere screening at the August 2015 Reel Soul Film Festival held at the National Black Theatre in Harlem and was later distributed by FUBU.TV (2016-17). Her pilot, The Whiskey, was an Official Selection at the Producers Guild of America Lab at the Sundance Film Festival (2009), and a Rockstone Foundation (RFI) and Black Women’s Entertainment (BWE) Web Series Writing Contest Finalist (2011). She wrote, produced and directed two short films for the inaugural NYC Midnight Movie Madness Filmmaking Competition (2002), and was awarded the First Runner-up prize for Once Upon A Once Upon…. Filmmaker, Stuart Entner (Maysles Films), chronicled her work as part of his documentary, Midnight Madness (September 2003 premiere).  In 2003, Tia Dionne associate produced Rob Moretti’s directorial debut, Crutch, (HP Productions, LLC., in association with Illuminare Entertainment (Distribution) and Ardustry Entertainment. She has directed episodes for BN4REAL.TV, and has produced/directed live events and video projects for America Scores and Veterans Across America. She continues her work as a producer/writer/director through T Squared Media, LLC (TSM) which she co-founded with her husband, Thomas Jones, in 2014. Under the TSM banner, Tia Dionne continues to produce and direct documentary and industrial projects for corporate clients.