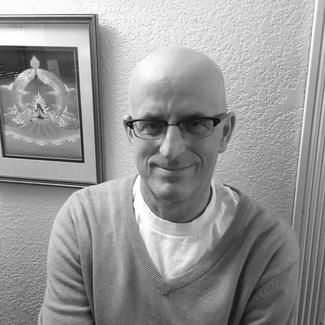 Theater has been a central part of  my family life since my wife and I met in a college audition, were cast as husband and wife, and took our roles altogether too seriously. My wife co-founded Olympia Family Theater (OFT) in 2006. It's been a family business, with us and our three daughters living the dream ever since.

On top of my day job as a clinical social worker with youth in the deep end of the juvenile justice system, I've performed in and directed numerous shows, and written two full-length Musicals produced by OFT. The first, which enjoyed two successful productions, was Cinder Edna, an adaptation from the book by Ellen Jackson. We read the girl-power story regularly to our daughters when they were little. I started making up little ditties to the story, and the rest is history.

We are currently putting the finishing touches on our second show, an original musical called The Alphabet Caper. It hits the stage spring 2020! Both of my shows feature strong female heroines. Perhaps this is the consequence of raising three daughters, immersion and close collaboration with powerful and creative women in the artistic and social work arenas, and a deep longing for balance, and the healing power and leadership of the feminine as remedy for what ails our world.

Cinder Edna: A full-length musical (and one-act version) based on the book by Ellen Jackson. Produced by Olympia Family Theater and 2013 and 2018

The Keystone Clan: A ten-minute play written in a day for a weekend festival of short pieces at Olympia Family Theater, 2017