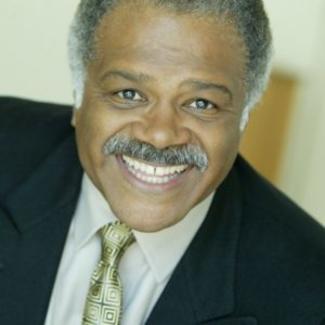 TED LANGE certainly exemplifies the Renaissance Man Theatre Award that he received from the NAACP in Los Angeles and the Heroes and Legends HAL Lifetime Achievement Award. A prolific author, educator, and director and actor of stage and screen comprise the talents that have created a revered career and worldwide recognition. On May 10, 2018, Lange received a star on the Hollywood Walk of Fame in recognition of his Contribution to the History of Television for his work on The Loveboat.

A graduate of London’s Royal Academy of Dramatic Arts, Lange has written over twenty five plays and has been labeled The Black Neil Simon, The Brown Bard, and The Footnote Historian. These nomenclatures reflect the nature of the plays that he has written and produced around the country in black theatres to rave reviews and numerous awards. Lange is passionate about comedy, Shakespeare, history, and character driven theatre. His quest is to weave the African American experience into stories that entertain and educate by using current events as the touchstone for timely stories and characters, by discovering little known historical facts and bringing alive lost moments of our black history, and by using the timelessness of Shakespearean tales to reflect what is still relevant to our culture today.

As an educator, Lange has lectured on the life of Ira Aldridge at the University of Lutz, Poland. He was named an adjunct Associate Professor at the School of Cinema/Television at USC, where he taught a weekly course in film directing. In addition to this, he currently lectures on Shakespeare and acting at high schools and colleges across the nation.

An award winning theatrical director, Lange received the Artistic Director Achievement Award, as Director of an Original Play for his comedy Lemon Meringue Façade and the Dramalogue Award for outstanding directing of The Visit, which was later turned into a film. Lange also received the Oakland Ensemble Theatre’s Paul Robeson Award and the James Cagney Directing Fellow Scholarship Award from the American Film Institute.

Other highlights from his stage directing include: an interracial Hamlet starring Glynn Turman, an avant-garde version of Richard III, Driving Miss Daisy, a one man show- Big Daddy’s Barbecue starring Jeff Wayne and The Heart of Biddy Mason, a jazz musical which he co- wrote with noted jazz musician Gerald Trottman. He directed the independent feature film For Love of Amy. In 1989, he directed and starred in the film, Othello. Behind the Mask – An Evening with Paul Laurence Dunbar is Lange’s one-man show, which toured to sold-out houses at Ohio State University, San Jose State and Indiana State University.

Four Queens – No Trump played garnered critical acclaim in Los Angeles, Cleveland, Omaha, and Chicago and won the NAACP Best Play – 1997. The Valley Theatre Awards nominated his play, Lemon Meringue Façade, in five categories and played off Broadway in New York at the New Perspectives Theatre. Another respected play, Soul Survivor, was staged at the National Black Theatre Festival at the 1996; The Olympics in Atlanta, and at the Lee Strasberg Institute in Hollywood, which co-starred Yolanda King.

Evil Legacy – The Story of Lucretia Borgia was nominated by LA Weekly for Best One-Woman Show.  Also written, directed, and produced by Lange was Born a Unicorn, a rock ‘n roll musical depicting the life of Black Shakespearean actor, Ira Aldridge. Lange made his Broadway acting debut in the musical hit Hair and his theatrical acting careers spans over fifty plays including South Coast Repertory’s Piano Lesson, Sunshine Boys, Biloxi Blues, and a national tour of Driving Miss Daisy. Lange was bestowed The Best Actor 2001 by the NAACP for his work in Louie and Ophelia.  His passion for Shakespeare has led to the roles of Petruchio in Taming of the Shrew, Bottom in Midsummer’s Night Dream, and leads in MacBeth, King Henry VI, and Romeo and Juliet. Other credits include Othello, in which he directed and starred in the stage version at the Inner City Cultural Center.

Honored to be named a mentee of James Burrows, Lange’s TV & film directing career includes: sixty episodes of Mr. Box Office, and The First Family, as well as multiple episodes of Are We There Yet? He has directed Eve, Dharma and Greg, Moesha, Mike Hammer, and In the House. His directing expertise also encompasses a pilot he co-created for NBC, Big Daddy’s Barbecue.

As a star of the television classic The Love Boat, Lange’s ten seasons as Isaac Washington earned him global recognition. His television acting career also includes That’s My Mama, Mr. T and Tina, and guest appearances on Evening Shade, Half and Half, Family Matters, In the Heat of the Night, The Tonight Show with Jay Leno and The Oprah Winfrey Show. He hit the reality TV genre running on Celebrity Fit Club.

Combining all his talents, Lange wrote, acted, directed, and produced his play, Let Freedom Ring in Los Angeles. A historical dramedy about how the Liberty Bell was cracked. The play is based on a true story…almost.

When asked about the diversity of his career, Lange states, “The duty of the Artist is to find his muse, then let her rip.” 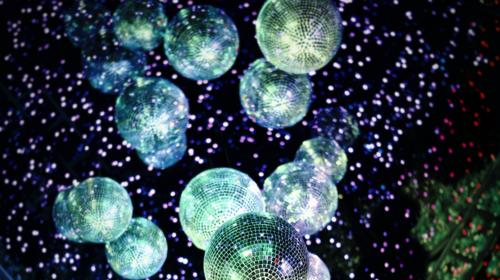