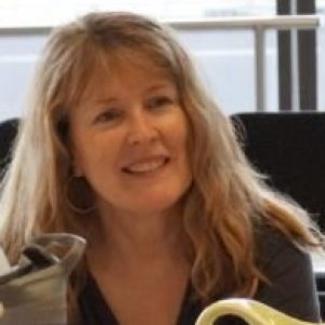 Productions include: Confederates(TheatreWorks – Silicon Valley, directed by Lisa Rothe and nominated for seven Bay Area Critics Circle nominations including Best Production).  Confederates was twice a Kilroy’s Honorable Mention (2015, 2016), was nominated for the Blackburn (TheatreWorks) and Weissberger (the Lark) Prizes, and was a featured play-in-development at the Lark Theatre.  Confederates was also workshopped at the Actors Studio Playwright/Director Workshop and the LAByrinth Theatre Company’s Summer Intensive and was the silver prize winner (out of 1250 submissions) of the Hart New Play Initiative.

Honors: Ms. Bradbeer was the 2018 keynote speaker for the TheatreWorks – Silicon Valley New Works Festival. She has received grants from the New York Foundation for the Arts, the Berrilla Kerr Foundation, the Anna Sosenko Trust, as well as the BMI Foundation’s Harrington Award for Creative Excellence.  She was a winner of the Ashland New Plays Festival, was twice a winner of the NEXT ACT! New Play Summit at Capital Rep, twice an Honorable Mention for the Kilroy’s List, and twice a finalist for the Heideman Award at Actors Theatre of Louisville. Suzanne was also a winner of the Dayton Playhouse FutureFest, was an Honorable Mention for the Jane Chambers Award and a finalist (one of two) for the Stanley Drama Award.  Residencies include: the TheatreWorks – Silicon Valley New Works Festival, The New Harmony Project, The Project Y Writers Group, PlayPenn, the LAByrinth Theatre Company’s Summer Intensive, New River Dramatists, the Lark/Rebeck/Dorset Theatre Festival Writers’ Retreat, and the Alabama Shakespeare Festival’s Southern Writers’ Project.  Suzanne was a Fellow of the Lark’s Playwrights Workshop as well as a 2014-15 featured writer. Publications: Playscripts, Samuel French, Applause Books, the Connotation Press, HowlRound, and multiple Smith & Kraus anthologies.

Suzanne is a member of the Ensemble Studio Theatre and the EST Playwrights Unit; the Dramatists Guild, and the BMI Workshop; she is also a workshop leader and regular moderator at the Actors Studio Playwright/Director Workshop. Suzanne teaches frequently as part of the writing staff at Primary Stages – ESPA and regularly leads writing workshops for high school students. A personal highlight for Ms. Bradbeer was her work as a dramaturg for Arthur Miller and Jim Houghton on Signature Theatre Company’s production of The American Clock.

Worked with Arthur Miller and Jim Houghton as the dramaturg on Signature Theatre Company's production of The American Clock.