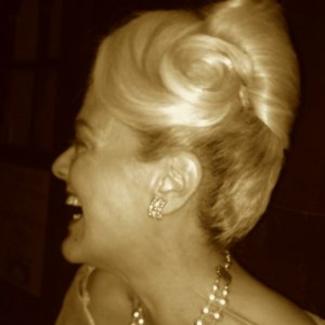 Selected for the William Inge Theatre Festival's 2017 New Play Lab, a 30-minute extract of Susan's new full-length play, ACTIAS LUNA: On the Origin of Madness, was read as part of the festival. ACTIAS LUNA has also been named 2017 Bechdel Group Finalist and 2017 Athena Project Festival Semifinalist.

Invited to participate in the Write for Women Campaign, Susan's newest short play SAVING LISA, or Un Bateau de Sauvetage pour La Joconde enjoyed a reading by The Bechdel Group at the Drama League in 2018.

Chosen for The Hidden Theatre Company's New Writing event in the U.K., Susan's new short-play EXTINCTION, or the Swan Song received a staged reading in London in 2017. EXTINCTION has also been Shortlisted for the Fizzy Sherbet Play Festival in London and was named Finalist for the international literary magazine The Dionysian.

Hefti’s short play exploring slavery, climate change and the role of women in the global community, ON THE UNDERGROUND, or The Penguin Play, was selected by Wonderbox UK to be staged at SPACE on The Isles of Dogs as part of the theatre’s 2018 centennial celebration of UK Women achieving the Right to Vote. Also in 2018, North Park Vaudeville Theatre mounted a production of The Penguin Play in CA. And Smith & Kraus included The Penguin Play in its new Anthology of short plays entitled 2018 Theatre Brut.

Inspired by the tragic death of one of her Yale students, KEEPIN' COOL was selected Princess Grace Award Semi-Finalist.

Susan's play OFF THE BENCH, or The Schedule, received a reading at the Lark Play Development Center in NYC.

Active in historic preservation, pretty much her whole life, Susan was happy to put her reporting skills to work on this important topic, when invited to write a regular column - a column she dubbed, The Preservation Diaries - for The Clyde Fitch Report.

Inspired by a staged reading of Susan’s one-act history play, A DEFIANT SOUL, Hefti was commissioned by the City of NY to research, write and curate the narrative for the related history exhibit on the 1657 document protesting religious intolerance in New Amsterdam.

Designed to travel around the country, Hefti entitled the history exhibit, The Flushing Remonstrance: Who Shall Plead For Us? Following its NYC debut, the exhibit enjoyed an encore, extending again due to popular demand, and was most recently on display near Philadelphia.

Following the terrorist attacks on lower Manhattan, Susan organized, co-chaired and hosted an Auction to benefit the restoration of the largest collection of paintings housed at the historic Fraunces Tavern Museum on Pearl Street.

Susan also organized and co-chaired a Benefit at the Yale Club, the proceeds of which helped to underwrite the development of a school curriculum on the history of New Amsterdam developed by the N-Y Historical Society's Department of Education.

A native New Yorker, Susan began working in NYC as a child actor and model at the age of three and has recently resumed her craft for which she is represented - for Voice and Commercial work - by Andrea Beane at AB2 Talent.

A proud member of the Dramatists Guild; The Playwrights Center; London Playwrights Workshop; New Play Exchange and Fractured Atlas, Susan is also a member of SAG-AFTRA and proudly serves on the SAG-AFTRA NY Diversity Committee.

A PEN American Center Writers Grant recipient, Susan is currently working on her new full-length play, QUEEN OF THE BONACKERS, a couple of short plays and an original TV Pilot.