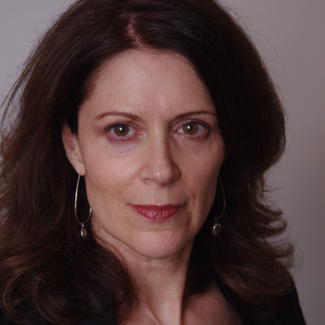 Susan Hansell (she/her) began writing for the stage by constructing text for dancers, choreographers, and performance artists, including herself. As a result, stylized language and physical elements remain theatrical aspects in her plays, which include the new short play, A History, presented in the American Blues Theater of Chicago's 2022 RIPPED Festival (online library); the full-length futuristic-absurdist comedy, An Ocean of Bees, first presented as a draft reading in 2018 at The Tank (NYC), then developed in conjunction with The Bridge Initiative for the 2019 Bechdel Festival (Phoenix) and forthcoming from The Eccentric Bear Theatre Company in NYC; the historically-driven three-act drama, At Dawn with the Rain and the Stars, from which the first act was selected for production in 2020 (produced in 2022) by the St. Louis Actors' Studio as Who Will Witness for the Witness, and from which the second act was showcased at the 2017 William Inge Festival then produced by the Tucson Players in 2018, the Bay Area Women's History Festival in 2020, and by the Femme Fatale Festival (virtual) in 2021 as Every Concentrated Fragment; the adaptation My Medea, a Best American Short Plays series selection (Applause Theatre Books); and the performance monologues A Day In, Affair on the Air, Drop It, Don't, and Trolls (all shown at The San Francisco Museum of Modern Art and at The Harold Clurman, with two appearing in the Heinemann Press anthology More Monologues for Women by Women).

Review of most recent production:

“Who Will Witness For the Witness”

This is another strong entry in the festival, with a focus on women from history that you may or may not have heard of, and an infamous, horrific, and tragic event that is well known. Told in a narrative style, first presented by a photojournalist character identified in the program as “Woman 1” (Jaelyn Hawkins) and then intertwining with the stories of Woman 2 (Mara Bollini), a philosopher, mystic, and activist; Woman 3 (*Bryn Mclaughlin), a resistance fighter; and Woman 4 (Missy Heinemann), a Catholic convert and nun. All are essentially contemporaries, standing up against atrocities and injustice, mostly revolving around World War II and specifically the Holocaust. This is an intense play, with a strong sense of story and character, as these historical figures tell their tales and implore the audience never to forget. There’s a lot here, but it’s a well constructed story, making a profound, emotional impression. This is a remarkable production.

St. Louis Actors’ Studio is presenting Part 2 of the LaBute New Theater Festival at the Gaslight Theater until July 31, 2022