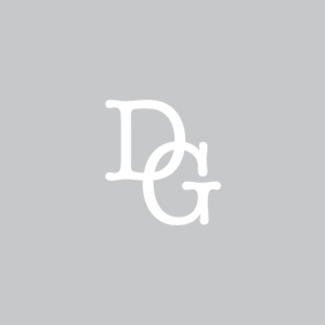 Stewart J. Zully has been working for over thirty-five years as an actor, director, producer, writer and teacher. His memoir, MY LIFE IN YANKEE STADIUM 40 Years as a Vendor and Other Tales of Growing Up Somewhat Sane in The Bronx, is available on Amazon and at his website, stewartjzully.com.  He has directed in Los Angeles, New York, Florida and Canada, premiering pieces by David Lindsay-Abaire (Pulitzer Prize winner, 2007), Romulus Linney, Peter Tolan (Analyze This, The Larry Sanders Show), Rolin Jones (Weeds) and Marco Ramirez (Orange Is The New Black, The Royale). Most recently he directed the Los Angeles premiere of White Guy On the Bus, by Bruce Graham, at the Road Theatre in North Hollywood, winning a Stagescene LA award for Direction of a Drama (Intimate Theatre). In 2016 he directed the Ovation nominated Martha, by Ellen Melaver (a one-woman show about Martha Graham) at the LGBT Center in Hollywood, which moved to The Whitefire Theatre for a six month run in 2017. Other recent credits include two plays at Theatre 40 in Beverly Hills; Two Sisters, by Gail Louw, and American Wee-Pie,by Lisa Dillman, winning a StageScene LA award for Direction of a Comedy (Intimate Theater).

Other directing credits include Joan’s Show: An Evening with Joan Copeland, highlighting Ms. Copeland’s career as an original member of The Actor’s Studio and recollections of a life in show business (as well as being the sister of Arthur Miller).  Stewart also directed the east coast premiere of Kent R. Brown's In The Middle of Nowhere (recipient of the prestigious Julie Harris Award) in Deland, Florida and in 2008 he directed three new works at City Theatre’s Summer Shorts Series at The Arsht Center in Miami. The festival is part of America’s Short Play Festival, in conjunction with The Actor’s Theater of Louisville.  Other credits include Abraham Tetenbaum's Heat of Re-Entry, which The LA Times called, "One of the best plays of the year."

In 2012, Stewart inaugurated The Columbia Greene Playwright Project, presenting readings at Columbia Greene Community College in Hudson, NY. Plays included Years of Skyby Barbara Blatner (which was commemorated in a 50th anniversary presentation at the JFK museum in Dallas, TX) and The Way of Water by Caridad Svich (Obie award winner-Lifetime Achievement). Since returning to Los Angeles in 2014, he inaugurated a reading series at Theatre 40 called t40too and has co-produced at The Road Theatre’s Summer Playwright’s Festival in North Hollywood, considered the largest play reading festival of its kind in the country.

Stewart co-wrote and co-produced the feature film Perfect Opposites, which stars Piper Perabo, Aaron Paul (Breaking Bad), Joe Pantoliano, Jennifer Tilly, Martin Henderson and Artie Lange. The movie is based on the stage play A Piece of My Heart, by Matt Cooper, which Stewart directed at The Odyssey Theater in Los Angeles.  Other co-writing credits include Umpires, the story of two umpires and the play that changed their lives forever.

His acting resume includes the films Wolf (Mike Nichols), For the Boys (Mark Rydell), Bonfire of the Vanities (Brian DePalma) and Malcolm X (Spike Lee). Recent credits include Vice (w/ Christian Bale and Amy Adams), Speed Kills (w/ John Travolta), Fighting For Freedom (w/ Bruce Dern), New in Town (w/ Renee Zelwegger), The Year of Getting to Know Us (w/ Jimmy Fallon and Sharon Stone) and Push (w/ Chazz Palminteri). On television Stewart had a recurring role on The Sopranos and has appeared in over 20 episodes of Blue Bloods, Hostages, Unforgettable, Magic City, Law and Order, Law and Order SVU, Law and Order CI,Burn Notice, Becker, Columbo and many others.

Theater credits include leading roles Off-Broadway (Tabletop, by Rob Ackerman, at The American Place Theater) Los Angeles (God Help Us, with Ed Asner) and Toronto.  In 2004, his commercial for Citibank's Identity Theft campaign won an Emmy as Best Commercial of The Year.  Other credits include a Microsoft spot with Bill Gates and Jerry Seinfeld.

Stewart has directed, acted, taught workshops and performed in staged readings throughout the US and Canada, including New York City, Los Angeles, Toronto, Calgary, Montreal, Miami, Orlando, Morristown, NJ and Hudson, NY. He is a proud member of SAG/AFTRA, AEA, The Dramatists Guild, The Road Theatre and The Playwright and Director’s Unit at The Actor’s Studio in Los Angeles.