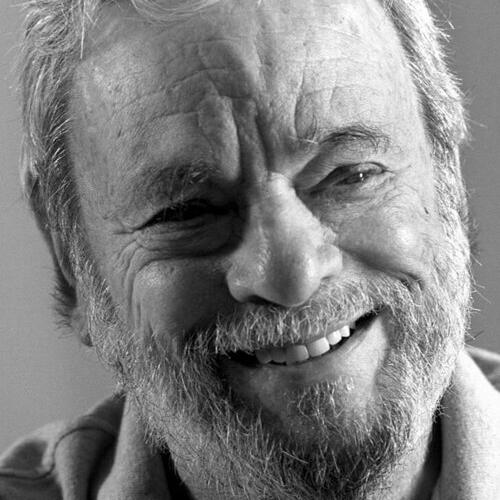 Theatrical legend Stephen Sondheim arguably reinvented the landscape of musical theatre. He wrote the scores for Road Show, Passion, Assassins, Into the Woods, Sunday in the Park with George, Merrily We Roll Along, Sweeney Todd, Pacific Overtures, The Frogs, A Little Night Music, Follies, Company, Anyone Can Whistle, Saturday Night, and A Funny Thing Happened on the Way to the Forum, as well as the lyrics for West Side Story, Gypsy, Do I Hear a Waltz?, and additional lyrics for Candide. Anthologies of his work include Side by Side by Sondheim, Marry Me a Little, You’re Gonna Love Tomorrow, Putting It Together, and Sondheim on Sondheim. For films, he composed the score of Stavisky, co-composed Reds, and wrote songs for Dick Tracy and the television production “Evening Primrose.”  He co-authored the film The Last of Sheila and the play Getting Away With Murder. Sondheim served on the Council of the Dramatists Guild, the national association of playwrights, composers, lyricists, and librettists, from February 1964 until he passed away in November 2021. During this 57-year tenure, he also spent eight years as Council President, from 1973 until 1981.

Mentorship was extremely important to Sondheim, who himself benefitted from the mentorship of another musical theatre legend and former Guild Council President, Oscar Hammerstein. Not only did Sondheim offer craft and career advice to young writers (including Jonathan Larson and Lin-Manuel Miranda) on an individual level, but he also founded Young Playwrights Inc. in 1981. The organization offered a weekly playwriting workshop for teens, held writing contests for middle school and high school aged writers, and presented an annual Young Playwrights Festival. Through Young Playwrights Inc., which ran for more than 30 years, Sondheim helped to foster and empower an entire generation of young dramatists, including many of today's most active and prolific playwrights.

Stephen Sondheim won Tony Awards for Best Score for Passion, Into the Woods, Sweeney Todd, A Little Night Music, Follies, and Company. He also won the Pulitzer Prize for Sunday in the Park with George and the Academy award for Dick Tracy.

In 1983, Sondheim was elected to the American Academy of Arts and Letters. He was appointed the first Visiting Professor of Contemporary Theatre at Oxford University in 1990. In 1993, he received the Kennedy Center Honors.

The recipient of several Dramatists Guild awards, Sondheim received their Hull-Warriner Award in 1979, their Frederick Loewe Award in 2000, and their Lifetime Achievement Award in 2005.