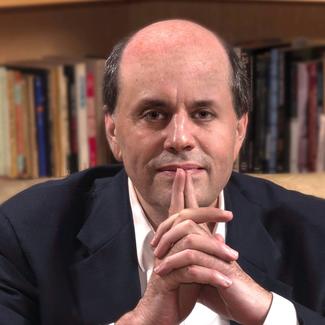 I co-wrote the book for R-E-S-P-E-C-T, a stage musical set during the height of the Sixties Civil Rights Movement, with Marco Williams, the award-winning African American documentary filmmaker. The show is scheduled to premiere at Kenny Leon's True Colors Theatre in Atlanta during the summer of 2024. The story follows rival groups of Black & White high school students in a small Mississippi town as they're tested by the struggles and turmoil of the times.

Jen Ellison, the Creative Director of Second City, will be directing a reading of my play "Spice" at a date tbd. On the surface, the story is about two divorced couples who are all friends, who become emotionally involved with each other's exes. The deeper story is about rediscovering passion in the ashes of divorce by finding the courage to accept parts of yourself you've been repressing.

Doug Davis and I have recently finished "The Cerebellum Lounge," a family musical about fighting disinformation with facts. We're just starting to talk to theatres.

I began my career in London, where I co-wrote / co-directed “The Doom Duckers’ Ball” at The Royal Court Theatre Upstairs, and adapted/directed “Foam” by Peter Handke and Hans Magnus Enzensberger at The Institute of Contemporary Arts. I then moved to L.A., where I directed my Delta Blues musical adaptation of Garcia Lorca’s “Yerma” at The Odyssey Theatre, co-wrote the book for "Heat Wave" for Berry Gordy and Suzanne dePasse at Motown, and wrote the book and co-wrote the lyrics for "Swan Songs" at The Cast Theatre and for "Paradise Loose" at Kelbo's Tropical Ballroom. I have also sold original screenplays to most of the major studios and TV pilots to all of the networks. One of them became a hit sitcom for CBS.

I recognize that as a White, straight, 72-year-old male, this isn't the best time for me to start writing for the theatre again, but it's the only time I have. Still, with my longtime William Morris agent having retired and most theatres unwilling to consider scripts that aren't submitted by agents, I've been left writing letters of inquiry, just as I did when I was first starting out. Not all of them are answered, of course, but some of them are. Whenever I feel disappointed that I haven't heard back from someone I've reached out to, I remember what a friend said about dating in L.A.: "For a relationship to work, the attraction has to be immediate and mutual. Failing that, it's good to remember that not every story is worth beginning."

My friend was right, of course. And thinking back on my career, I can see this has also been true for all of my successful working relationships as well as my happy, soulful, finally-got-it-right marriage.