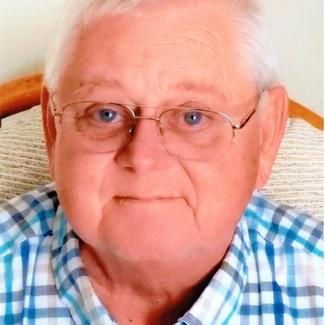 STEPHEN CURRENS has spent his entire life performing, writing, and directing for the theatre.  He earned his B.A. Degree in Theatre Arts at the University of Kentucky, and spent twenty years in professional theatre in New York, Los Angeles, and regional professional theatre. He is best known for his stage adaptation of the works of Edward Gorey, known as GORYE STORIES, which he also directed in its workshop and premier productions in 1974/75. GOREY STORIES was subsequently presented both Off Broadway (WPA Theatre) and on Broadway (Booth Theatre) in 1977 and 78, featuring an original score by the late David Aldrich. GOREY STORIES later won the L.A. Drama Critics Ovation Award for Best Musical/Intimate Theatre in Los Angeles in 2005. His trio of one-act plays entitled; OFFICIAL BUSINESS premiered at the Kentucky Center for the Arts in Louisville in 2002. He has to his credit over a dozen plays and musicals, as well as children’s adaptations taken from the works of Shakespeare.  He has appeared Off Broadway in the revival of WHAT THE BUTLER SAW in 1976, and in the hit comedy GREATER TUNA in 1983. In 1985 he appeared in the second East-coast company of SNOOPY! at the George Street Playhouse in New Brunswick, New Jersey. As a stage director, his credits include the New York premiere of the late Scott Wiscamb’s HOPE IS THE THING WITH FEATHERS, and his own play; PHARMACEUTICALS, as well as a number of regional repertory productions in Kentucky including his own play about the loss of friends and associates during the New York City AIDS epidemic in the early 1980s entitled THE HAPPY HOUR. In recent years, he has lent assistance to the fight for LGBTQ rights and human rights in general.  He has worked in the field of mental health research and mental health consumer rights.  He currently lives in Versailles, Kentucky where he is working to complete a memoir entitled; ASYLUM OF CLOWNS; Confessions of a C.I.A. Baby, and a new musical co-authored with Matt Kelder of Gulfport, Florida with the title; THE CHURCH OF THE DIVINE HOMOSEXUAL, and Traveling Theatre Troupe. He has also recently completed a three act; SATURDAYS.

GOREY STORIES, adapted book & lyrics by Stephen Currens based upon stories by Edward Gorey with music by David Aldrich, World Premier at the University of Kentucky in Lexington, Kentucky in 1975, Off Broadway at the WPA Theatre, New York City in 1977.  On Broadway at the Booth Theathre in 1978. Winner of the L.A. Critics Ovation Award for Best Musical/Intimate Theatre 2005/ Sacred Fools Theatre, Hollywood, California. Published by Samuel French, Inc.

PHARMACEUTICALS, an atrocity in one act by Stephen Currens, World Premier at the University of Kentucky, Lexington, Kentucky  in 1974, subsequently produced at the Quaigh Theatre, NYC in 1978, and again at No Smoking Playhouse, NYC in 1980.

OFFICIAL BUSINESS, three one-act plays by Stephen Currens, World Premiere at the Kentucky Center for the Arts, Louisville, Kentucky in 2002.

PASSION IN THE ART, three one-act plays by Stephen Currens, as yet unproduced.  Stage reading presented at the Douglas Fairbanks Theatre, NYC in 1983.

THE HAPPY HOUR, a play in two acts by Stephen Currens, World Premier by ActOut Theatre Group at The Pam Miller Arts Center, in Lexington, KY, in 2011.

SATURDAYS, a comedic drama in three acts by Stephen Currens. (As yet unproduced.)

THE CHURCH OF THE DIVINE HOMOSEXUAL, AND TRAVELING THEATRE TROUPE, a full-length book & lyrics for a musical...currently seeking a composer.

CASSIUS & DORA, a screenplay on May/December romance and marraige of the famous emacipationist from Kentucky; Cassius Marcellus Clay and a fifteen year old girl...based on an earlier screenplay by McDowell Platt.  (As yet unproduced.)