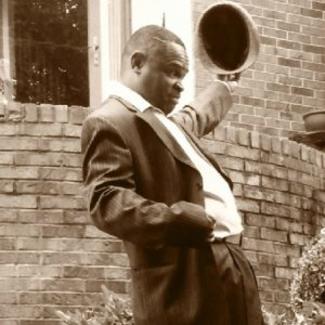 Stanley C Jackson SR is a National Award Winning Playwright based in Las Vegas, Nevada. He has been writing, directing, Producing and starring in his own plays since 2010 when he wrote his first full length play “Yet Holding On”.  To date Jackson has written, produced, directed and starred in 9 full-length productions, all of which are musicals for which he has written more than 100 songs under his own production company SJM Productions LV LLC. Stanley C Jackson SR has won various awards from different organizations including: Playwright of the Year, Stage Play of the Year, and Best Production Company to name a few. One award was presented in New York City, where he had the opportunity to perform at the Apollo Theater in Harlem during the Gala with fellow playwrights. Jackson has gone on to perform at the New Orleans Theater Festival and was even commissioned to adapt the novel “Living in the Black”, to the stage bringing awareness to domestic violence. This production was performed in the Mid-West and Kansas City, the hometown of the Author, Brenda Blackmon. Jackson went on to write and produce “Strive” the musical and “The Golden Box” to close out 2017. He is currently working on his latest musical “Main Street Park” which will be cast and produced in Las Vegas in early Spring of 2022.

Playwright Stanley C Jackson SR not only writes inspiring and exciting plays, but also writes all of the music for each musical he produces, and performs as an actor. Productions always have a message and always entertain. "I first write the messages I want the theater goers to leave with, then I surround those messages with music and comedy that will protect them from the entertainment" ~Stanley C Jackson SR Adapted a novel "Living in the Black" - Brenda Blackmon, to a stage production bringing awareness to domestic abuse Wrote "it takes a village" bringing awareness to childhood stresses and bullying Produced "Curtain Call", A collection of musical numbers from his early productions. available on iTunes and all other media sites Has written more than 80 songs for his productions! Website showcases past performances and upcoming events and pics!! http://www.sjmproduction.com Plays Written and Produced by Stanley C Jackson SR: "Yet Holding On" (Nazarene MBC) "who Do you Think You Are" (Center of Hope) "Guess Who's Coming For Christmas" (Center of Hope) "Can't Wait Till Sunday" (NOLA Theater Festival) Henderson Fine Arts Center "It Takes A Village" (Victory Theater) "Living in The Black" (GEM Theater Kansas City, Henderson Fine Arts Center, KY) "Strive the musical" (Victory Theater) Evansville, IN (Clark County Main Theater) Las Vegas, NV. "The Golden Box" (Nazarene MBC)  Winner of several regional and national awards 2014 Playwright of the Year 2015 Stage play of the year New Orleans Theater Festival Selection 2017 Best inspiration stage play "It Takes a Village" 2018 DPI Trailblazer Award