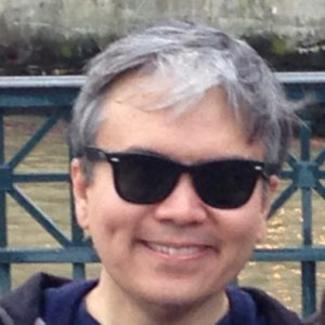 Simon Fill is an American playwright who works nationally and internationally. He was a member of the Playwrights Project at Circle Repertory Theatre, led by Austin Pendleton. Soon after, Simon became a playwright member of Circle East Theatre Company, formerly Circle Rep Lab, headed by Michael Warren Powell. Simon continues to be a playwright member of New Circle Theatre Company, and is a member of the Dramatists Guild of America. His full-length play POST PUNK LIFE received a month-long developmental production, featuring Garret Dillahunt, produced by Lincoln Center Theatre in the LCT Directors Lab. Simon was awarded an A.S.K. American exchange playwright fellowship by the Royal Court Theatre. He was in residency at the Royal Court, where POST PUNK LIFE was rehearsed and given a public mainstage reading at the Duke of York’s Theatre in the West End, in the Royal Court’s Hot From America series. Simon’s play, “Night Visits,” won the Heideman Award, out of 1800 plays, from Actors Theatre of Louisville, where “Night Visits” premiered. The play received its New York City premiere produced by Circle East at HERE theatre. “Night Visits” is published by Vintage Books, Samuel French, and Smith and Kraus, and produced regularly around the world. Simon’s play, “The Gift,” was produced by Circle East at the West Bank in New York City, and by Main Street Arts in Nyack, New York. “The Room Inside The Room I’m In” was produced by Circle East at the West Bank, and by HERE in association with Lincoln Center Theatre. “The Room Inside The Room I’m In” was later published by Dramatics magazine. Simon has had work in three shows produced by One Night Stand Theatre Company at Vintage Theatre in Denver, including a successful staged reading of his new play “Counting Stars.” His play “The Gift” is published in the Vintage Books anthology PLAYS FOR TWO, edited by Eric Lane and Nina Shengold. Simon’s play “Night Visits” was published recently in the anthology of a new creative writing textbook, SERIOUS DARING, by Lisa Roney, from Oxford University Press. Simon’s full-length play BURNING CITIES, begun during a playwriting fellowship at the Yaddo Colony, and which had an early reading, featuring Raul Esparza and Jenny Bacon, at Arclight Theatre in New York City, was one of three finalists from over six hundred entries in the Theatre Conspiracy New Play Contest. BURNING CITIES is the winner of an international competition, the BETC Generations Award. Boulder Ensemble Theatre Company (BETC) produced a workshop of the play, rehearsed at the Denver Center, with a highly successful public staged reading in Boulder, for BETC’s subscription audience and the general public. Simon’s one-act play, “Objects Are Closer Than They Appear,” was named a finalist for the 2015 Heideman Award from Actors Theatre of Louisville.Simon taught playwriting classes Off-Broadway for three years at the New American Theatre School, founded and headed by Milan Stitt. Simon developed and taught a successful playwriting seminar, on “creating unforgettable characters,” at the Boulder International Fringe Festival. He currently resides with his family in the San Francisco Bay Area.