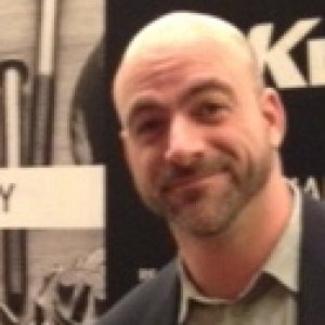 Seth Kramer lives and works as a playwright in Chicago. Before that he lived in New York City for over 15 years.  Mr. Kramer is the founder of Word of Mouth Productions, a playwriting workshop that developed new works for hundreds of writers in New York and produced multiple site-specific play productions such as Standing Eight and Swim Shorts.

Seth Kramer was recently selected as the winner of the 2017 Activate Midwest New Play Festival in Michigan and was selected as a winner of the Dubuque Fine Arts Players One-Act Contest.  He has also been honored to receive such playwriting awards as the George R. Kernodle Award, the Kennedy Center's Award for Playwriting Excellence, the New York Thespian Award, and was a finalist for the Iowa Writers Alliance Prize. Seth has also been a three-time finalist for the Actors Theatre of Louisville Heideman Award. In 1999, Mr. Kramer was one of three writers to receive a grant from the Peter S. Reed Foundation, and in 2004 his writing was recognized with an award from the Davis Foundation. His screenplay was developed with Wild Bear Films. Mr. Kramer was a finalist for the Nicholl Fellowship, and a semi-finalist in the Reader's Digest Hollywood Screenwriters Contest; his writing has received praise from the Iowa scriptwriters Alliance.

Mr. Kramer's collection of seven short plays, After the Beep, is published by Dramatic Publishing Company. His plays can also be found in the Dramatic Publishing anthology 25-in-10 and in the Applause anthology Best Short Plays of 2001. His full-length play Debt, a second collection of short plays titled Special Days, and several stand-alone one-acts, A Relationship--Abridged, World Without Memory and others are published by Playscripts, Inc.

Some Of My Published Plays: