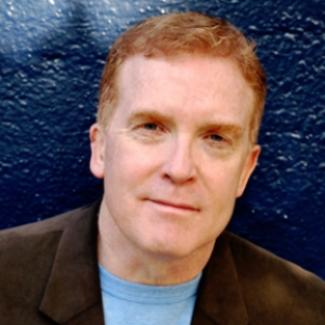 Sean Grennan is a playwright, lyricist, librettist, and actor who began writing for the stage as co-librettist for Phantom of the Country Palace, produced by Marriott Theatre in Chicago in 1995 and was subsequently published by MTI. His plays and musicals — most of them published by Playscripts, Inc. — have gone on to hundreds of productions around the world, including the U.S., Canada, Russia, Australia, China, the Middle East, England, Latvia, Bosnia and Herzegovina, and Spain. His first non-musical comedy Luck! was produced by the Epic Theatre Company in New York City.  Working as book writer and lyricist, his musicals with composer Leah Okimoto include Married Alive!, A Dog's Life and Another Night Before Christmas, all of which premiered at Kansas City's American Heartland Theatre under the direction of his mentor and friend, Paul Hough.  AHT also premiered his comedies Beer for Breakfast and As Long As We Both Shall Live. His popular play Making God Laugh premiered in 2011 at Peninsula Players Theatre, under the direction of Tom Mula. It has gone on to receive more than 90 productions in the U.S., Canada, Bosnia and Herzegovina, and the U.K.  His play, The Tin Woman also had its world premiere by Peninsula Players in 2014 and he is currently adapting it as a musical.  His play, Now and Then, premiered back at Peninsula Players in June of ‘18.  In the fall of '17, Sean was Playwright in Residence at Centre Stage's New Play Festival in Greenville, SC.  In September of '18, he was Playwright in Residence at Lamb Arts Regional Theatre in Sioux City, IA and adjudicator for the Midwest Dramatists Conference in Kansas City.  Following a career as an actor and writer in his hometown of Chicago, Sean lives, auditions, and writes in New York City, sharing a home with his actress-muse-wife Kathy Santen and his dog, Hank.  In June of '19 Kathy will complete a 13 year engagement in Broadway's Wicked.