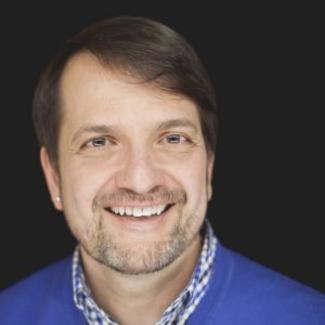 Santo D. Marabella, MBA, DSW, The Practical Prof, is an author, playwright, filmmaker, speaker and educator who creates, produces and distributes “edu-tainment that makes a difference".  He is author and producer of a book, musical, short film and six plays; producer of five short films, a TV pilot and most recently, This Is Reading by Lynn Nottage; and, director of more than 25 community theatre productions.

Named by the Reading Eagle as the 2017 Entertainment Newsmaker of the Year, Marabella splits his creativity among TV, film and theatre.  His current project, a TV pilot is “Franklin Street Station,” about employees and a passenger who are stuck in 1981 waiting for the train to return.  It is being shot in an actual train station.  His most recent one act play, "Metis and the Man," (2017) calls attention to the power we have to manage our fear, if we are open to re-perceiving it as a force to reckon with in our present, that is relegated to our past, so it doesn’t impact our future.  He was a producer for This Is Reading, a multi-media performance arts installation, conceived and written by Lynn Nottage.  Other projects include:  "Gays in the Workplace – The Clear and Present Danger," (2016) a one-act play with a different perspective on the corporate closet, and his latest full-length play in development is "My Dad’s First Dog," (2016) which wonders why is it so easy for dogs and humans to share unconditional love, yet so difficult for people to love each other the same way; full-length play, "Getting: COMPLETE!" (2014) tells what happens when the bully grows up; and, a film-play, Senior Exploits (2013), a film-play, helps active senior citizens protect themselves from shrewd scams.