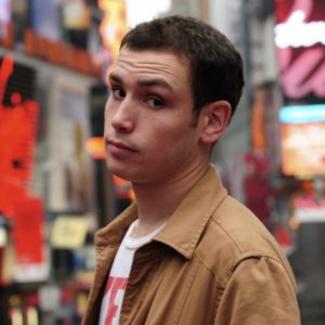 Sam Gooley is a nationally produced playwright whose plays include Steve Got Raped, This One Time in Last Chance, and The Moderates. His work has been presented or workshopped at such places like the New York International Fringe Festival (2011 & 2016), The Flea, The Amoralists, Theatre of Note, Federal Theatre Project, The New Collectives, The Players Theatre, The Branson @ Boston Court, Teatro La Lea, The Laurie Beechman Theatre, Davenport Studios, The Attic Theatre, Athena Theatre Co, Bare Bones Theatre Ensemble, Pogue Mahone Productions, Push & Shove Theatre Company and Dreamwell Theatre in Iowa City. He has also been featured on the podcast "Theatre on the Radio". He served as the Playwright-in-Residence for the Attic Theatre Company in 2011. A graduate of East Carolina University, he is also a proud member of the Dramatist Guild, the Playwrights Center & the Alliance of Los Angeles Playwrights. His two favorite movies are The Graduate and The Muppet Movie. And, just in case this page wasn't enough, visit www.samgooley.com for all the 311 you need.

He currently lives in Los Angeles.

2018 - Dreamwell Theatre will present STEVE GOT RAPED on March 21st-31st. Performances will be held at Public Space One, 120 N. Dubuque St., Iowa City. All performances start at 7:30 PM. http://www.dreamwell.com/view-tickets/

2017 - The Moderates received a stage reading at Theatre of NOTE in Hollywood on December 14th!

2017 - The Moderates was selected for a staged reading by the Federal Theatre Project in Washington, DC. The reading was held at the Spooky Action Theatre on November 11th.

2017 - Steve Got Raped received a staged reading with The Unproducibles @ the Boston Court Theatre in Pasadena, CA.

2017 - Steve Got Raped reading with The Athena Theatre Company in NYC as a part of there series "Athena Reads".

2014 - Steve Got Raped workshopped at the Flea Theatre in NYC. Directed by Daniella Hart

2011-2012 Playwright in Residence with The Attic Theatre Co. in NYC

2011 - This One Time in Last Chance sells out run at the 2011 NYC International Fringe Festival. Directed by Laura Braza

Theatre in the Now

THIS ONE TIME IN LAST CHANCE

Theatre in the Now