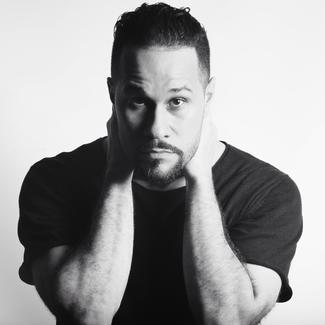 Rudi (writer, dancer, actor, and music producer) was commissioned by Miami Light Project to create the solo performances Insanity Isn’t, Fair Welling, and PET. He is also known as an acclaimed B-Boy. Alongside his award-winning crew Flipside Kings, he has toured internationally, competing, adjudicating, and teaching.

​Rudi is a member of Teo Castellanos/D-Projects, a contemporary dance/theater company that fuses world arts and culture while examining social issues through performance. With D-Projects, Rudi toured internationally in Scratch & Burn, a meditation on the war in Iraq; and FAT BOY, a project exposing world hunger amid American consumerism and waste.

​Rudi is a recipient of the Future Aesthetics Artist Re-grant (FAAR) funded by the Ford Foundation in conjunction with the Future Aesthetics Cohort, the Miami-Dade County’s Choreographers Award (2013, 2018), a FEAST Grant for his book of poems and artwork "A Bag of Halos and Horns," and a Theater Masters "Take Ten 2021" playwright.

​He has trained and worked with DV8 Physical Theater, Cirque De Soleil, and is a founding member of Rosie Herrera Dance Theatre.

​He has released five instrumental albums and is currently attending the Yale School of Drama for an MFA in Playwriting.