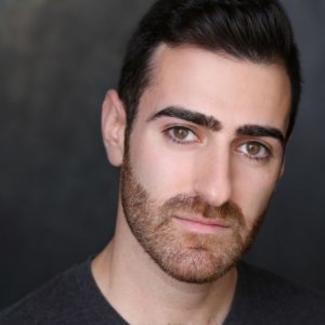 Ross Baum is a composer, performer, and music arranger.  He received the 2018 Richard Rodgers Award for his original musical GUN & POWDER (book & lyrics by Angelica Chéri), which was also selected for the 2018 NAMT Festival, Theatre Latté Da's 2018 NEXT Festival, and Signature Theatre's 2017 Sigworks Lab, with presentations in Lincoln Center's Broadway’s Future Songbook Series and the Drama League’s 2018 DirectorFest.  Ross composed original scores to ANNE FRANK: MY SECRET LIFE and A LETTER TO AUNTIE ROSA, which were commissioned by Diverging Elements Theatre Company.  Also with Chéri, he was commissioned to write the official anthem for the National Children's Theatre of South Africa and the score for her play, Crowndation: I Will Not Lie To David, at the National Black Theatre.  He has had residencies at Goodspeed Opera House and Two River Theater, and was selected as winner of NY City Center’s Sondheim Remix contest and Disney/NMI's New Voices Project.

Ross is a founder and music director of RANGE a cappella, through which he has provided vocal arrangements for Nickelodeon, Sesame Street, Playbill, Billboard, the E! Network’s 2015 Oscars Live Red Carpet coverage, and performed with Kelly Clarkson at Radio City Music Hall.  Their debut studio album, RANGE volume one, is available on iTunes and Spotify.