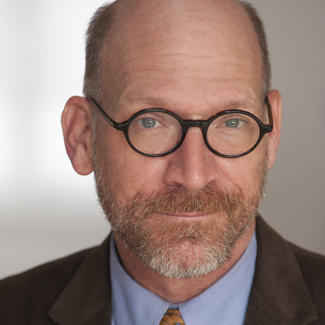 Ron West co-authored The People Vs. Friar Laurence, the Man Who Killed Romeo and Juliet with Phil Swann.  This musical version of Shakespeare’s story prompted Kathleen Foley of The Los Angeles Times to write, “a fast-moving freight train of an entertainment that carries a full load of laughs.” The production at Chicago Shakespeare starred Keegan-Michael Key and Nicole Parker Redford.  Friar is available from Samuel French.

Swann and West adapted Neil Simon’s play Fools into a musical, also available from Samuel French.  In 2019, Neil Simon’s Musical Fools enjoyed its professional premiere at the Open Fist Theater in Los Angeles. It was called “the perfect holiday musical” by Stephen Fife of Stage Raw and Paul Myrvold of Theatre Notes went so far as to write, “I giggle, guffawed, snorted, and howled basically through the whole show

Also in 2019, West’s play Free Ride was produced at The Second City Hollywood and his Any Resemblance was produced as part of the Roe Green Guest Directors’ series at Kent State University, his alma mater.

In 2017, Swann and West revived their 2008 hit deLEARious, described by Evan Henerson of Curtain up as "WICKED CLEVER… West's material is smart, the company is winning, and it's always a grand occasion to ‘brush up our Shakespeare’ via verse.

West’s adaptations of The Comedy of Errors and Taming of the Shrew were produced by Chicago Shakespeare.  Comedy takes place at Shepperton Film Studios during the Battle of Britain and for his efforts, West received the Joseph Jefferson Award for Best Adaptation.  The all female version of Shrew takes place in 1919 Suffragist Chicago.

As a long time associate of The Second City, West has contributed scenes and songs to many shows, including Curious George Goes to War, Sex and The Second City, and Disgruntled Employee Handbook.

West has been a panelist at last Frontier Playwrights Conference in Valdez, Alaska and a responder at the William Inge Festival in Independence, Kansas.  He has directed shows and workshops in Portland, OR, Detroit, MI, Cleveland, OH, Nashville, TN, Vienna, Austria, and Amsterdam, The Netherlands.  He is the life partner of playwright Catherine Butterfield, whose plays he often directs.

This is a sizzle reel of my latest production.