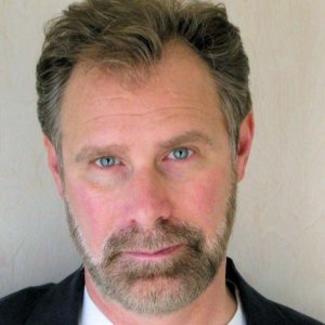 Ron Kaehler is the librettist and co-lyricist (with composer Albert Evans) of the musical A Country Christmas Carol as well as six annual editions of The Story Salad Shows, musicals for children that toured the country under the auspices of Theatreworks USA. The shows were based on the “Amelia Bedelia” books by Peggy and Herman Parrish as well as books by Maurice Sendak, Kevin Henkes, and Bernard Weber, among others. The team of Evans & Kaehler also created the touring musical I Feel Great! which extolled the virtues of nutrition and exercise, and collaborated on the title song for the Off-Broadway play Beat: A Subway Cop’s Comedy by John DiResta.

His current projects are Under the Overture, a comedy with music for which he adapted the music of Rossini, and Poor Players, a darkly comic supernatural thriller that was one of Tony Award-winning producer Ken Davenport's top ten "Producer's Picks" for 2018. Highlights from Under the Overture were staged by director Gerard Alessandrini at the West End Theatre, New York, in October 2018. Excerpts from the show were presented at the MUT International Musical Theater Entertainment competition held at the Gaertnerplatz Theater in Munich, Germany (July 2018).

Ron served as Executive Story Editor and contributing for the television series Van-Pires, which was the first children’s CGI-animated series to be produced using 3D Studio MAX software. The show was rated No. 1 in its time slot in various domestic and international markets.

In addition to his theatrical works, he has edited many academic books, including David Kaplan’s acclaimed textbook series Five Approaches to Acting (Hansen Publishing Group). Ron is also a member of ASCAP.

Under the Overture. Why did the great composer Rossini (The Barber of Seville) quit the stage at the height of his career? The extravagant antics depicted in this "operatic stunt" presumably are the reasons why. A bravura vehicle for comic actors who sing operatically, Under the Overture is a fast and furious backstage farce that builds to an all-singing musical finale. It's the play that becomes an opera! Under the Overture was one of six finalists in the 2018 MUT International Musical Entertainment competition held in Munich, Germany (Gaertnerplatz Theater). A presentation of highlights from the piece took place October 2018 in New York, directed by Gerard Alessandrini (Spamilton, Forbidden Broadway).   Website

Poor Players. A fantastical black comedy in which five actors compete for the role of Macbeth at a rather curious audition. Reveling in all that is eerie about the cursed Scottish play, Poor Players traffics in the tropes of supernatural horror to tell a very human cautionary tale on the hazards of magical thinking.  One of of Tony Award-winning producer Ken Davenport's "Producer's Picks" for 2018. Website