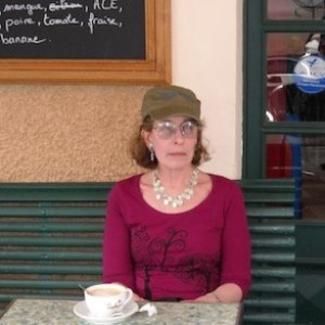 Her early play Futz has become a classic of the American avant-garde theatre and was made into a film in 1969. She has been a participant in the Festival Franco-Anglais de Poésie and has translated Liliane Atlan’s novel Les passants, The Passersby (1989). Her work has been translated into Danish, French, German, Greek, Italian, Japanese, Swedish, and Ukrainian.Owens was a pioneer in the Off-Off Broadway theatre movement as well as being involved in the ethnopoetics movement, and her work has influenced subsequent experimental poets and playwrights. In the 1960s, she participated in the early poetry readings at St. Mark’s Church. In 1972 she edited the anthology Spontaneous Combustion: Eight New American Plays.

A recipient of five Village Voice Obie awards and honors from the New York Drama Critics Circle, Owens has held fellowships from the NEA and the Ford, Guggenheim, and Rockefeller (Bellagio) Foundations, among others. She is a member of ASCAP and the Dramatists Guild, and she has taught at the University of California, San Diego, and the University of Oklahoma. She has held residencies at Brown University and the University of Southwestern Louisiana, and has lectured and read widely in the US and abroad.

The Widow and the Colonel

Is concerned with the courtship of the tall, young frontier colonel George Washington, and the young widow Martha Custis
The action begins at a musical event attended by Martha Custis and her friend Mrs Chamberlayne, at which the dashing Colonel Washington appears to pay too close attention to the bewitching Sally Fairfax, the wife of one of his oldest friends
But, aided by Mrs Chamberlayne, the two young people come together in a series of amusing and sensitive encounters which reveal the yearnings and contradictions that beset them both. And, in the end, the depth of their feelings for each other is made real and plans are begun for the joyous occasion of their wedding

An insightful, warm-hearted and amusing play which deals with the courtship of George Washington and Martha Custis
Originally written for radio, under a grant from the National Endowment for the Arts, the stage version offered here, specially prepared by the award-winning author, was selected for inclusion in Best Short Plays

"The genius of Owens' work lies not in ideological commitments but in her access to the subconcious. One of our most courageous and insightful artists.. .and perhaps the most profound tragic playwright in the American theater." Village Voice "

Chucky’s Hunch, Rochelle Owens' monodrama about an untamed abstract painter and his perplexing relations with America in the shape of his ex-wife and mother is a triumph of sustained verbal fireworks! Not to be missed!" Village Voice

"The character of Chucky reaches truly heroic proportions. A penetrating chain letter from the heart. A wonderful mixture of anger, madness, regret and self-incriminating introspection. Attention must be paid. A rare and daring dramatic imagination." The New York Times

"A funny wonderful play. Rochelle Owens' comic flame has never burnt so bright, but like the eye of the tiger, it is savage!" Post, New York

"Futz is one of the most original and uninhibited pieces of dramatic poetry ever written. No one seriously interested in theatre arts will want to miss it." Saturday Review

"In the world of Kontraption, Rochelle Owens has devised a language of high intensity and eroticism to express the extremes of human existence. The characters are conjurers of words as well as visions--and the Word is made Flesh!" American Playwrights

"Three Front by one of the most inventive experimental playwrights in America, is tremendously alive, rich in writing and theatricality." Europe Plurilingue