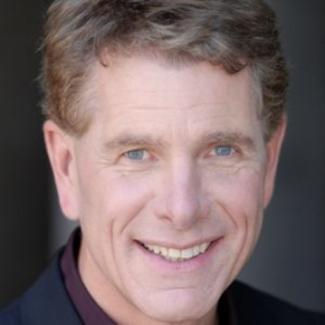 R.C. Staab is a New York-based playwright, librettist and lyricist whose musicals and plays have been produced in New York, San Francisco, England and the Midwest.   HOW THE WESTONS WON, "Indian in the Cupboard" with a bit of "Next to Normal", with music by Aaron Latina, is being produced off-Broadway this December by Out of the Box Theatrics (details TK) directed by Joe Barros.  And selected by First Run Theatre for its 2018 Play Reading Series this fall.  Staged at New Works Series of the NYFA Music Theatre program in February 2018, directed by Barros, who also helmed a workshop presentation in March 2017 at the cell theatre.  The show features a song (co-written with Dave Ogrin) that was a finalist for Broadway Producer Ken Davenport's Songwriting Contest and the Stiles-Drewe Songwriting Contest in England.  Demos with with Broadway singers including Liz Callaway are featured on the show's website.

With Seth Bisen-Hersh, he has written an innovative musical adaptation of F. Scott Fitzgerald's, THE DIAMOND AS BIG AS THE RITZ which had its second staged reading in June at the Dramatist Guild Music Hall featuring new songs following our November 2017 reading.  The cast album is available on iTunes, Amazon and other music sites.

DUMB LUCK, with composer Michael Sansonia, was a winner of the TRU Voices Musical Series which included a sold-out staged reading in January 2017, a winner of the Music Theatre of Madison's Festival of New Musicals with a staged reading in October 2017 and a finalist for the Phoenix Theatre new play festival.  The show was part of the New Work Series of Emerging Artists in March 2016.

With worldwide rights in place, Staab is working on Yankee Doodle Dandies, a musical version of on George Bernard Shaw's play, "The Devil's Disciple", set in America during the Revolutionary War.

ONE WAY TICKET: A Musical Murder Mystery, written with Daniel Sturman, was part of Fisher Taylor-Gaunt's Under Construction project in London in 2015.  He co-wrote SIGNAL MALFUNCTION, a contemporary farce, which was featured at the 2013 at the Midtown International Theatre Festival in New York.  He has also written an adaptation of THE TEMPEST with the music of The Doors.

ZOMBIE WEDDING, written with Daniel Sturman, was a hit at FringeNYC in 2011 and performed in England the following year.

He lives in Manhattan with his wife, Valari, and his dog, Jack, who is featured in the children's book, I'm my own dog. I'm Jack.