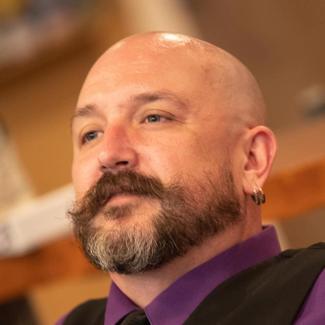 ROBERT J LEBLANC is a member of the Dramatist Guild and has been performing and writing for various media since the 90s. He is an award-winning playwright, actor, voice actor, and artist, as well as the producer, head writer, host, improviser, and designer of the comedy ensemble, Balderdash Academy, and many of their catalog of shows. He is the lead writer, director, producer, and creator of the live comedy radio show, On the Air!, writer and producer of the Sleuths Mystery Radio podcast, and owner of the interactive mystery-comedy company Sleuths Mystery Entertainment. He writes in several genres and formats including stage and audio drama. In all of his writing, he writes with a focus on comedy and the use of comedy in drama. His work has been produced across the country.