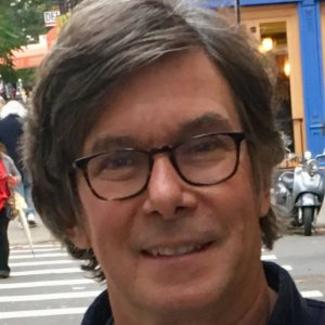 ROB ACKERMAN’s work includes Tabletop, directed by Connie Grappo for Working Theater, Drama Desk Award winner for Best Ensemble Performance; Origin of the Species, a play which became an indie film featuring Amanda Peet, directed by Andrés Heinz;  book for Volleygirls, winner of three awards at the 2013 New York Musical Theater Festival, including Most Promising New Musical and Best in Fest, music by Eli Bolin, lyrics by Sam Forman, directed by Neil Patrick Stewart; Teach for America, commissioned and produced by American Conservatory Theatre in San Francisco; Call Me Waldo and Disconnect, both for Working Theater. Loyalty, the story of a presidential bodyguard in the Harding White House, premiered in October of 2018 at the NY Theater Festival under Katie Young's direction and has been optioned for an Off Broadway production by Without a Net Productions. Theresa Rebeck directed Dropping Gumballs on Luke Wilson for Working Theater and the show ran for four weeks in June and July of 2019 at A.R.T./New York's Mezzanine Theater in Manhattan. Rob’s plays have been anthologized by Vintage Books, Dramatists Play Service, Smith and Kraus, and Playscripts, and nurtured at Yaddo, Flux, Lark, and Dorset Theatre Festival. For years, Rob has worked as Prop Master for the SNL Film Unit. He was born and raised in Columbus, Ohio, majored in theater and Spanish at Middlebury College, and earned an M.F.A. in stage directing at Northwestern University. Rob and his wife, author Carol Weston, live in Manhattan, and he's a longtime member of Dramatists Guild of America, Inc.

From THE NEW YORKER, June 24, 2019:
"The playwright Rob Ackerman used to work as a prop guy for TV ads, and he based this comedy on an all too true event: the day in January, 2010, when the documentarian Errol Morris instructed him to drop dozens of big red gumballs on the actor Luke Wilson for a terrible A.T. & T. spot. Directed with a gently surreal touch by Theresa Rebeck, the actors impersonating the celebrities are delightful: Jonathan Sale’s Wilson is paunchy and aloof, and David Wohl’s Morris is an offhand megalomaniac. But it’s the crew members whose perspectives make the premise of this show so weirdly engrossing. Ackerman is interested in big ideas—especially the three-way war between lowly workers, the creative “genius,” and the corporate machine—which is one of the best jokes here: to load such heavy stuff onto such an absurd frame." — Rollo Romig