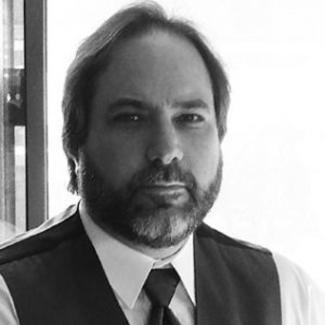 Ralph Sevush was born on the 13th of May, in a long-forgotten year...the legends say it was a Friday, but the facts are in dispute. As the youngest of three sons, he learned early on how to survive among bigger, stronger predators. However, his brothers were not his only instructors in this regard. After a day in the 5th grade, Ralph was walking home through Coney Island's post-apocalyptic landscape, circa 1972, when he found himself being stalked by a pack of wild dogs. Before Ralph could reach safe ground, the lead canine managed to nip his buttocks, eventually necessitating numerous injections at Coney Island Hospital. While a painful episode, it taught him valuable life lessons that would prove useful later when he had to deal with theater producers.

As Ralph grew up, his mother, the Ethel Merman of the local Y, forced him to take piano lessons so he could serve as her rehearsal pianist. Her plans went awry, however, when Ralph confronted the daunting score to Stephen Sondheim's Follies. "He writes between the notes", his mother said admiringly of Mr. Sondheim. At that point, Ralph decided it was time to return to his father’s Little League team. Later, in his years at John Dewey High School in Bensonhurst, Ralph was unique among his peers in his passion for show tunes, comic books and the Mets. To this day, it remains a freakishly rare combination of interests among married heterosexuals of his generation.  It was during his days at Stony Brook University that Ralph pursued his other lifelong interests -- movies and writing -- and he put away the show tunes and changed his sport from baseball to softball, since a softball was easier to hit while inebriated. He also ran the campus film society and wrote snarky movie reviews for the Stony Brook Press, while toiling on short stories that would (luckily) never see the light of day.

After graduation, Ralph filed his political science degree in an appropriate circular receptacle and began his life's journey through the world. He began his professional writing career with a movie column for Worlds of If... Magazine entitled “The Savage Cinema”. The publication promptly folded thereafter; it was probably not due to his contributions. In the years that followed, Ralph worked in sales, marketing and distribution for various movie companies of marginal repute, including New Line Cinema. It is to be noted that the meteoric rise of New Line from a privately held “niche indie” movie studio to a hugely successful public company coincided with Ralph's departure from their employ. This earned him an endearing nickname among his former co-workers… Ballast.

Undeterred, Mr. Sevush would soon hear the siren's song of law school, to the amusement of his friends and the amazement of his parents. He decided to crash himself on the rocks of the Benjamin Cardozo School of Law... a school he chose because they would have him.  Upon graduating, Ralph found himself turning 30, studying for the Bar Exam, unemployed and betrothed, all at the same time. It was a moment when his earlier life lessons in survival served him well since, having once been hunted by a pack of wild dogs, little else would ever phase him again. Sevush eventually became the director of business affairs for a theater producer who produced two flops on Broadway and one on tour in Germany. As a result, he learned the following valuable lessons: (1) the German sense of humor isn’t all that it’s cracked up to be, (2) don’t try to sell a one-woman cancer comedy during the holiday season, and (3) a musical based on a virginal boy’s sexual initiation by an adult woman may not find the family audience it seeks. So he again found himself seeking professional opportunities elsewhere.

Mr. Sevush's odyssey continued when he washed up on the shores of the Dramatists Guild of America in 1997, two months before his lovely wife, Tobe, gave birth to their equally lovely daughter, Jamie. At the Guild, he came to realize that he much preferred to represent artists rather than those who sought to profit from them, and so his chronic stomach pain and sleepless nights finally subsided. Three years later, his sleepless nights returned, if only for a few months, with the birth of his otherwise adorable son, Matthew. In this period of birth and rebirth, Ralph returned to his own writing... during those brief moments "between the notes", as it were. Besides his many articles on the theater business published by The Dramatist Magazine, his play Little One, Goodbye won some contests and was given staged readings by the Tada! Theater, the Enchanted Players of NJ, the Lower East Side Tenement Museum, and the Innovative Stages Company, though Broadway continued to elude him. He also gave expression to his perverse fascination for musical theater, becoming a member of the BMI/Lehman Engel Musical Theater Librettists' Workshop.

The collaborative nature of theater would eventually exhaust his patience for other human beings so he returned to the blessed solitude of the short story form. He wrote Emmett, Joey & the Beelz, a pulp-noir fantasy novelette comically pumped up on steroids,  originally published by the Abyss & Apex webzine (April/2006), where it received glowing reviews from people otherwise unrelated to the author. Beelz was subsequently reprinted on actual paper by Kaliedotrope (Oct/2008), adapted as a podcast by Dunesteef Audio Magazine (June/2011), reprinted in a British anthology, The Alchemy Press Book of Pulp Heroes, V.3 (Sept/2014), and anthologized again in The Best of Abyss & Apex, Vol 2 (Sept/2016), supporting the notion that if you have something that people like, ram it down their throats repeatedly. Sevush’s other published works have included the western fantasy novelette Mad Gilly & the Were-Bear, the SF flash fiction Survivors in the Dark, and the dark fantasy short story La Joie de Vivre, or, Picasso & the Satyr. These were all collected, along with Emmett and some of his unpublished works, in the anthology Spira Mirabilis: Fantastic Tales from the Marvelous Spiral (taQ’Lut Press, Dec/2016).  Based on the sales of this landmark literary work, he would ultimately decide not to quit his day job.

Speaking of which, Ralph Sevush is still employed by the Dramatists Guild, where he has spent twenty five years failing upwards, so now he helps to run the place.  He does hope to retire at some point, since we all must have a dream, but in the meantime he continues writing and happily-ever-aftering with his wonderful wife and children, his dog Rocky, and a frog whose name he can never quite remember, all living together in a little red cottage somewhere in the wilds of New Rochelle, where the law permits that sort of thing.

Ralph Sevush, Esq., Executive Director of Business Affairs & General Counsel for The Dramatists Guild, has been with the Guild since 1997.  In addition to administering the organization and advising its board, he manages a staff of attorneys providing business advice and resources to dramatists; reviews Broadway contracts and consults on related disputes; lobbies for legislation, co-authors amicus briefs and offers expert testimony; and he writes essays, moderates seminars and teaches classes on theater, copyright and free speech for writers, students, and academics across the country. In addition, he represents the Guild as a member of the Authors Coalition of America, the Coalition of Broadway Unions & Guilds, the National Coalition against Censorship, and the Tony Administration Committee.   He is also Executive Director of The Dramatists Legal Defense Fund, a board-member of DG Copyright Management Inc, and an advisor to The Dramatists Guild Foundation.

A graduate of Stony Brook University (BA, Political Science; 1983), he worked in marketing and distribution for Cinema 5 Films and New Line Cinema. Then, as an entertainment attorney (Cardozo Law, 1991), he did transactional work for various media companies (including Sony Pictures) before becoming Director of Business Affairs and assistant general manager for the Broadway productions of BIG-The Musical, Fool Moon, and God Said, “HA!” and the off-Broadway production of Blown Sideways Through Life. Later, while at the Guild, he also produced an off-off-Broadway revival of the musical, Philemon.   As a writer, in addition to being a much published essayist, produced playwright, and a member of the BMI Librettists workshop, his short fiction has been published in print, online, and in podcast form, with his stories collected in an anthology, “Spira Mirablis: Fantastic Tales from the Marvelous Spiral” (taQ’Lut Press, 2016). 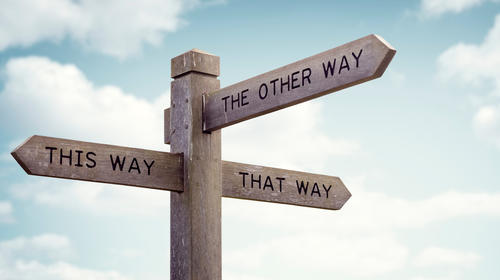 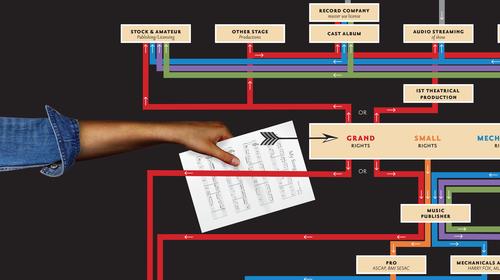 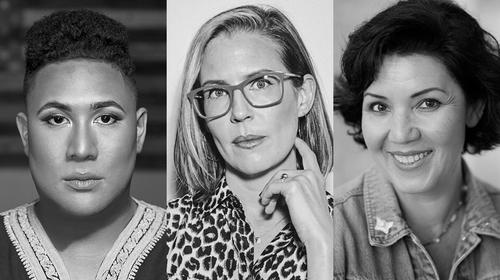 Compensation, Part One: Commissions, Advances, Per Diem, Royalties
A Bridgerton Too Far? A Q&A with the DG on Adaptations, Copyright Infringement, and Fair Use