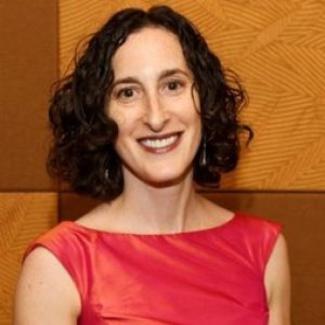 Rachel Atkins (she/her) is a playwright and teaching artist. She is the scriptwriter for Living Voices, the educational theatre partner of Theatreworks USA, with whom she has 12 different multi-media shows in ongoing national touring repertory, all focusing on issues of history and social justice, and seen by over 3 million audience members throughout the US and Canada.

Her play for young actors, Cam Jansen & the Mystery of the Missing Eagle, has been seen in WA, IL, and VA. Short plays Brain Trust, This Is Not September 11, Baby Love, Conspiracy Theory, Zoetrope and Can You Hear the Mermaids Singing? have received multiple productions in NY, MO, OH, NM and WA.

Rachel graduated from Dartmouth College and holds her Masters in Educational Theatre from New York University. A member of the ArtsWA Teaching Artist roster and the Seattle Office of Arts & Culture’s Arts Partner roster, she works as a master teaching artist for several teacher professional development programs, as well as A Contemporary Theatre’s Young Playwrights Program. Previously, she was the Scriptwriter/Dramaturge and Director of Education for Ardeo Theatre Project in France.

Ain't (Y)Our History, an online play with music about race relations in the women's suffrage movement

“Candid, compassionate and engagingly humorous… a reflection on how limiting a “them vs. us” mindset is, in a land where racial and cultural identity cannot be so easily defined.”  Seattle Times

“Her ability to find comedy… her eye for characterization and her ear for immediate, intimate dialogue are faultless...Thoughtful, crisp, and incredibly funny in the best tragicomic way. Ms. Atkins has written an excellent piece that deserves discussion...”  Seattle Star

“An accomplished, important and challenging new play …Unlike many good plays that leave you with much to discuss over coffee after you leave the theater, I suspect this play will leave me with internal discussions and conflicts that I'll debate for the rest of my life. “  Seattleactor.com

“The real sadness about great pieces like this is that most of the people who need to see it — people who think that “cleaning up the drug problem” is as easy as making arrests, people who don’t see a problem with the minimum wage as it is, people who think racism is dead — don’t usually see it. So we need you to go see this piece, and also to bring your friends.”  Seattlish.com

The Dark Side Of Brain Science: Seattle Pair's 'Thought Experiment' Plays Out Onstage

How A Doomed French Chateau Inspired A Seattle Play