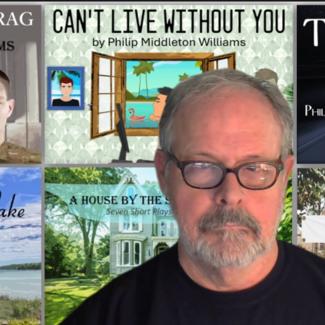 Philip Middleton Williams has written over sixty plays ranging from one-minute to full-length. A Moment of Clarity and A Life Enriching Community were finalists in the City Theatre National Award for Short Playwriting. All Together Now won first place in the 2016 Playgroup playwriting contest and was produced as part of the Willow Theatre 2017-2018 season. Can’t Live Without You was his first play to receive an off-off Broadway production in January 2008 and was produced by The Playgroup for their 2018-2019 season at The Willow Theatre in Boca Raton, Florida. Three monologues from Can't Live Without You are included in The Best Men's Monologues for 2019.  All Together Now, Dark Twist, Can’t Live Without You, Extra Innings: 10 Short Plays About Baseball (including A House by the Side of the Road), and The Sugar Ridge Rag are published and licensed through Next Stage Press.  Home-Style Cooking at the Gateway Cafe has been selected for inclusion in the Smith & Kraus anthology The Ten Best Ten-Minute Plays 2022.  A Life Enriching Community is published and licensed through Senior Theatre Resources.

His work has been seen in the South Florida One-Minute Play Festivals, the Midwest Dramatist Conference, the William Inge Theatre Festival New Play Labs, Bartell Theatre of Madison, Wisconsin, Odenbear Theatre of Taos, New Mexico, Theatre Roulette of Columbus, Ohio, the Short+Sweet Festival of Sydney, Australia, the Valdez Theatre Conference of Alaska, Vermont Pride Theater, Silver Tongued Stages of Miami, Seaside Players of Lauderdale by the Sea, Theatre Arts Productions of Palm Beach, Open Eye Theater of Margaretville, New York, Bendigo Theatre Company of Bendigo, Victoria, Australia, and LAB Theater Project of Tampa.
​
He has a B.F.A. in drama from the University of Miami, an M.F.A. in theatre from the University of Minnesota-Twin Cities, and a PhD in playwriting and dramatic criticism from the University of Colorado.  In 1992 he was appointed to the national advisory board of the William Inge Theatre Festival. He has written numerous articles on the works of William Inge and Lanford Wilson and contributed to The Facts on File Companion to American Drama edited by Jackson R. Bryer and Mary C. Hartig. His doctoral thesis, "A Comfortable House" – Lanford Wilson, Marshall W. Mason and the Circle Repertory Theatre, was published by McFarland and Company in 1993.

Can't Live Without You was his first New York off-off-Broadway production in 2008.  It was chosen by The Playgroup LLC for its 2018-2019 season at the Willow Theatre in Boca Raton, Florida and published by Next Stage Press. Three monologues from this play are included in the anthology "The Best Men's Monologues from New Plays 2019," published by The Applause Acting Series.  All Together Now won the 2016 The Playgroup LLC New Play Contest and was produced in its 2017-2018 season at the Willow Theatre. Ask Me Anything was produced at Short+Sweet Sydney in March 2018. A Moment of Clarity was a 2017 finalist in the City Theatre National Award for Short Playwriting, as was A Life Enriching Community in 2020. The Sugar Ridge Rag was produced by LAB Theater Project of Tampa, Florida, in April-May 2022.  He has presented plays at the Valdez Theatre Conference of Valdez, Alaska: A Moment of Clarity, Home-Style Cooking at the Gateway Cafe, and Tucumcari Tonite! 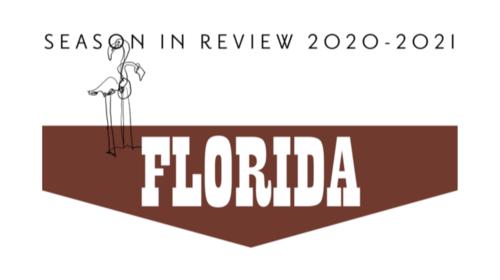