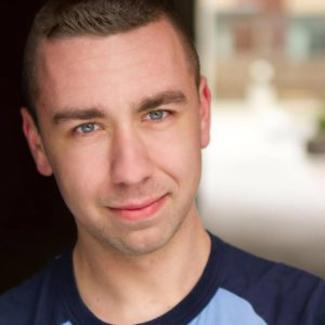 Peter Glen Fenton (he/him/his, b. August 26, 1995) is a writer and producer based in the greater Philadelphia area specializing in writing witty comedic dialogue and producing content inspired by progressive Christianity. Fenton has been writing since he was fourteen years old in Lancaster, Pennsylvania when he authored a stage play for his middle school which was ultimately directed by Suzanne Fisher (a shared mentor of Broadway and film actor Jonathan Groff) in 2010. Fenton has since written three other plays and made his screenwriting debut in 2017, co-writing the award-winning short Filling In (dir. Bradley Hawkins). In early 2019, Fenton was inducted into the Dramatists Guild of America following the formal publication of his first two stage plays. Fenton holds a bachelor’s degree in Communication from Wheaton College in Illinois and completed a one-year Theatre Administration Apprenticeship at the Walnut Street Theatre in Philadelphia. He is a member of Beacon Presbyterian Church in Philadelphia, Pennsylvania, and an active community member of Q Christian Fellowship, one of the largest bodies of LGBTQ Christians worldwide.

I began writing comedy when I was in middle school. I acted in one of the plays and I looked at my script and (rather arrogantly) said, "Mrs. Fisher, I can write better than this". She said, "Then go write a better play, Mr. Fenton". Just one year later, my first play premiered at Conestoga Valley Middle School, directed by Suzanne Fisher. My specialty is comedic dialogue and I love working in fairy tale and fantasy-inspired stories. Stage Plays: Knights of the Square Table (Premiered Good Knight and Goodbye, 2010)  — 2014, Comedy, Heuer Publishing; The Thousand-Year Rose — 2016, Comedy/Fantasy, Heuer Publishing; See Amid the Winter Snow — 2018, Comedy/Holiday, byPeterFenton.com; Abandon All Hope — 2020, Dark Comedy/Philosophical, byPeterFenton.com. Screenplays: Filling In — 2017, Comedy/Fantasy, Dadley Productions Short Film/Television Pilot.