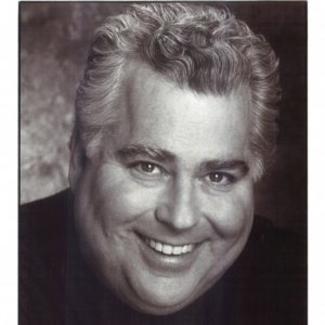 Paul Warshauer has been involved in performing arts and the real estate business for over 50 years. He has written, directed or starred in over 500 productions. As a writer, he is especially proud of his hundreds of original murder mysteries. http://www.murders4fun.com. A proud Chicagoan, Mr. Warshauer began his career at age 10 playing Macbeth at Anshe Emet Day School and he's been hooked on theatre ever since. Mr. Warshauer produced and directed his first play, "Adventures in Storybook Land" at Bay Harbor Elementary School in Florida in the 6th grade, (1967). He was raised by Ben & Libby Warshauer. Ben was a pioneer in the parking industry. Paul began his “business career" by counting monthly parking passes at Tremont Auto Park at the corner of Lake and Dearborn Streets in Chicago. Paul attended Bay Harbor Elementary & Ransom Schools in Florida then graduated from Cleveland Heights High School with high honors and went on to study theatre, film, television, and speech at Northwestern University in Evanston, Illinois. Rarely missing a year he attended Camp Waupaca in Wisconsin. He started as a camper, then worked as a counselor, CIT Director and Fine Arts director Camp Waupaca from 1966 until 1988. At Northwestern, he created and produced the original improvisational The Mee-Ow Show in 1974 which is still being performed. He also built the world’s tallest house of playing cards in 1976. Paul purchased his first two houses on South Boulevard in Evanston, IL. He rented one and lived in the other thus producing a positive cash flow in his first real estate deal. A three month tour of Europe in a Volkswagen camper van followed with his lifelong pal, Dr. Paul Adler. He left Northwestern in his junior year to work with a film cataloging company in Washington DC. In 1979 Warshauer moved to Santa Monica, California and shared an apartment with RAC Clark, (Dick Clark’s son) and pal Ronnie Smith. Paul moved to Woodland Hills, CA and worked at Carpet Town in Monterey Park, CA. While selling carpet Paul earned his BA at California State University, Northridge (1986) with a major in Theatre & English, and a teaching degree. He also took an Aau-pair position with the Margolese family in Granada Hills and looked after 6 year old Michael Margolese. Over his career, Paul has written, produced, and directed over 450 productions. These include main stage musical plays, (South Pacific, Chitty Chitty Bang Bang, Fiddler on the Roof, Anything Goes, Man of LaMancha, Guys and Dolls, Annie Get Your Gun, Follies), comedies (Front Page, Arsenic & Old Lace, Harvey, Arsenic & Old Lace, Don't Drink the Water, Frogs) dramas, (Whose Afraid of Virginia Woolf? Diary of Anne Frank) and has created and directed many programs for Youth Theater, (Treasure Island, Peter Pan, The History of the Universe in 94 Minutes, How to Eat Like a Child, Seven Tales of Cinderella). He directs theater classes and plays for adults, elementary, junior and senior high school kids, and has taught theater arts in public and private schools. He earned his secondary teaching credentials in California, Oregon and Illinois. He also worked with kids of all ages in summer camps in CA, PA, WI, MN and OR in theatre, television, and drama. Paul's interest in Murder Theater began in 1991 when he created audience participation dinner theaters for Classicos, an Italian restaurant in Klamath Falls, Oregon. The owners wanted something special for Halloween and asked Warshauer for a "haunted house." Thinking that too juvenile, Warshauer came up with a concept for the restaurant that had a long abandoned hotel upstairs. The audience mingled with a cast of suspects during a cocktail hour, then was formally introduced to the audience before dinner. In between the courses of a meal, the audience wandered around and eavesdropped on characters. Little did Warshauer suspect then that this interest would lead to over hundreds of original murder mystery plays for many clients worldwide starting as Murder: North by Northwest, then as Murders R Us, now Murders 4 Fun.. Mr. Warshauer was the founder of the Klamath Cable Access Television Station (KCATS) in Klamath Falls, Oregon and served on many boards including the United Way and Klamath Symphony. Paul was married to Rachel Glenn and has two daughters and a son. His daughters have children and live in the Pacific Northwest. His son, Tom Cravey, lived with Paul in Grand Island, Nebraska in the seven-story historic Masonic Temple Building Tom graduated West Point (Class of 2015) and is now in the US Army. In his “spare time,” Mr. Warshauer owns and operates Grande Venues a real estate development company that acquires, restores, rehabilitates, or operates historic old theatres and buildings. He also travels nationwide to present original murder mysteries and is looking forward to making two reality TV shows entitled, "It's Murder Out There!" about his work with Murder Mysteries and Paulie & Me with his longtime friends Loren Margolese and Steven Jampol about building a microbrewery. Mr. Warshauer moved to New Ulm, Minnesota in November, 2011 to become the first Executive Director of the New Ulm Actors Community Theatre NUACT and continues to produce, direct, and write for the theatre, film and television. In the spring of 2014, Warshauer served as Founding Governor and Vice President of Cenate, LLC, a group responsible for purchasing the former Middle School in New Ulm. The properly was platted on January 6, 2015 with two lots: One for apartments (Lot 1) and one for the theater (Lot 2). NUACT changed its name to State Street Theater. [1] Fundraising began on February 1, 2015 to raise $12 million to preserve, restore and adapt the apartment building and 850 seat auditorium. State Street Apartments, LLC plans on building 57 market rate apartments. Mr. Warshauer is in production for a TV show, "It's Murder Out There," a show based on his antics running a Murder Mystery company as writer/director/host.

Paul Warshauer has been involved in performing arts and the real estate business for over 50 years. He has written, directed or starred in over 500 productions. As a writer he is proud of his hundreds of original murder mysteries. http://www.murders4fun.com.