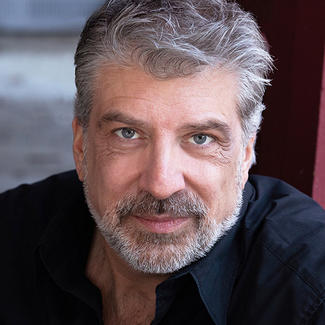 Paul Stroili is a Resident Artist at Jeff Daniels’ Purple Rose Theatre. His plays include Straight Up with a Twist (which enjoyed over 1000 performances nationwide, including a twice-extended Off Broadway run ) Cheese Louise, Plane Crazy, My Dinner with Arlecchino and The Day the Arts Stood Still. His play, A Jukebox for the Algonquin, was selected to enjoy a World Premiere at The Purple Rose Theatre in Chelsea, Michigan.  His most recent play Last Call at the Aardvark, is currently being adapted into a screenplay. Paul's writing has also appeared in Los Angeles Magazine, The Chicago Tribune, NY Blade Magazine and for the LA Stage Alliance.  His screenplay for the award-winning short film, The Beating, was utilized by Columbia College in their course of study in short filmmaking. He is also an actor, director and producer and lives in his adopted hometown of Chicago.