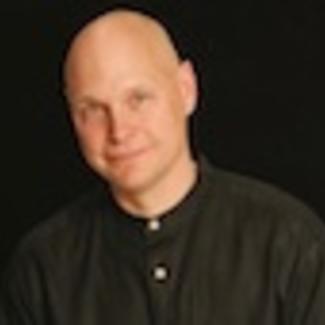 A pre-med graduate of Stony Brook University, artist and educator, Paul Rajeckas, has been choreographing,  teaching and performing movement theater since 1979.

Paul co-authored NOTES TO THE MOTHERLAND with George Chieffet where it premiered Off-Broadway at the 59th Street Theater in July 2004 and was later nominated for a Fringe First Award at the 2004 Edinburgh Fringe Festival. Paul was also nominated as best actor at the 2004 Festival by STAGE Magazine.

Paul’s educational work with Neil Intraub, Co-Artistic Director of Theatre Moves. Inc. has been awarded funding by the National Endowment for the Arts, the New York State Council on the Arts (NYSCA), The New York Times Foundation, the Joyce Mertz-Gilmore Foundation, an Empire State Partnership Grant from the NY State Department of Education and the Annenberg Foundation.

From 2006 to 2012, Paul and Neil contributed to the development of the New York City Department of Education’s BLUEPRINT FOR LEARNING in THEATER ARTS. Paul also co-teaches with Neil a graduate course in Physical Theater for the City University of New York, Graduate School of Education.

Paul has been selected twice as a Doris Duke Foundation Creative Campus Innovation Artist, both 2008 and 2011, for the Telling Tales Project at SUNY Oswego where he collaborated with faculty on interdisciplinary teaching.

In 2017, his play WALK-INS WELCOME was performed at the NYC Thespis Winterfest. In 2019 his 10 minute short, I DID IT, was nominated for best play at the BETWEEN US Play Festival. Paul also won best actor award in the same festival.

Paul Rajeckas has collaborated with a number of master teachers including and Neil Intraub Jonathan Wolken, co-founder of Pilobolus Dance Theater. His work with Mr. Intraub, collaborator of over forty  years, includes performances for the California Center for the Arts, Milwaukee Repertory Theater, the Kennedy Center, the Annenberg Center and Performance Space 122 in New York City.