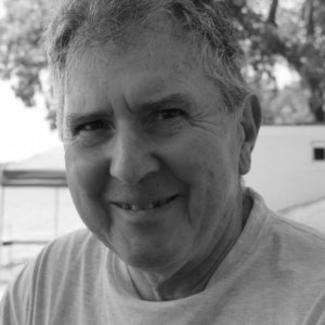 BIO 2015
Paul A. Lavrakas got his first playwriting commission in 1986 from the U.S. National Archives to create theater from documents in their holdings. Based on letters from ordinary citizens to their government, the first of these plays, “Dear Uncle Sam,” was produced numerous times at the National Archives. Lavrakas wrote two other documentary plays “Postmark USA” and “Gallant and Lawless Act,” the latter for the Bicentennial Celebration of the U.S. Constitution.

In 1988 Paul A. Lavrakas received his first commission for a play for young audiences from the Birmingham (Alabama) Children’s Theatre to write a new version of “The Princess and the Pea,” later performed at the Kennedy Center for the Performing Arts (Washington, D.C.) and scores of theaters nationally.
Other commissions from the Birmingham Children’s Theatre included “White Sails, Dark Seas”, a historically rigorous telling of Columbus’ voyages, presented at the Kennedy Center in the first New Visions/New Voices Festival.

Both “The Princess and the Pea” and “White Sails, Dark Seas” won playwriting awards from the American Alliance for Theatre and Education. He has had plays published by Samuel French, Inc. (“Escape from Nemotex”), Dramatic Publishing, and Playscripts, Inc. and is a member of the Dramatists Guild of America.

Lavrakas has written five plays/musicals for the Theater for Young Audiences at the Kennedy Center, including the book and lyrics for “Footsteps in the Sky”, a musical based on creation tales, that toured for five seasons. He has received many other commissions for plays and libretti over the years, including “Mozart’s Women” for the IN Series of George Washington University.

Lavrakas recently completed the book and lyrics for a musical inspired by the Gustave Flaubert story, “The Legend of Saint Julien”. In 2015 and 2016 ASSITEJ France, the French national organization for theater for young audiences, published his plays “The Anti-Clown Revolt” and “The Comet”in French and English.

His non-theater career has been in Washington, D.C. and included a stint on the White House staff. Mostly he has been a speechwriter and communications director in the sphere of public interest politics. In 1988, Lavrakas helped found the Violence Policy Center, a group dedicated to exploring the causes of gun violence and served as its chairman for 17 years.