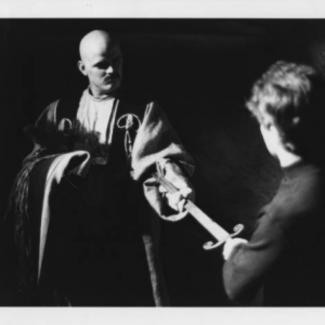 "When you need to be entertained,
and you want a meaningful experience,

The Women of Paris,

A Day of Promise,

A Woman with a Rose,

A Woman with an Axe,

“You’ve Got to Put Them Out of Their Misery,”

Sarah’s Rapture --- all seen on the New York stage.

And then published by The Coachella Review.

After its production at TADA! Theater in New York, "The Women of Paris" was published by the New England literary journal Gone Lawn.

"The Woman who Braided the Rings of Saturn" was read at 7 Stages, produced at the Alliance, then read at Portland Center Stage.

City Hawks:   A tale of the Russian Revolutions (full-length drama). Full Production at 7 Stages, Atlanta. Well-reviewed.  Full houses throughout the run.  Set in a time when politics were wonderful, business was ennobling & exciting; and love was magical & fulfilling.  Had to search history pretty hard to find a time like that.

PABLO'S KISSES, or "Moonscape":  A warrior-poet comes to another man’s home to execute him.  The wife (Leah) welcomes him, convinced it is her first love from decades ago come to romance her, and rescue her.  Written so the same actor can portray both the target & the assassin:  both her husband– & her first love.  Excerpt presented in "Best of Bolton," by Octagon Theatre at Bolton, Manchester, England, Veteran's Day, 2017.  Then multiple readings, multiple locations in 2018.

"Sweetmeat & Rotgut" or Two Women in the Land of Pure Delight:

The struggle between Betty and Karen parallels the beginning of the death of the Country at the hands of the City.  When we first meet her, Betty says:  “When a man needs a woman to make him feel young, it is hard on a woman to grow older.” And after her 15-round prizefight with Karen: “My heart’s like land that’s all played out. Nothing new will grow in it, now.”  Readings by the Atlanta New Play Project, & Piedmont Theatre.

Bringing Back the Chair:    A vaudeville of social content:  about restoring the death penalty.   Reading presented by the Atlanta Playwrights Project.

Arms of Desire (full-length). The romance of two young conquerors on the rise:  Ivan the Terrible & Queen Elizabeth I.  A drama of love, and a story of power.  Shows the contrasting expectations that two people bring to a love affair.  How their differing expectations color their worlds – and our geo-political landscape --forever. Featuring Freyja from the sagas: a pagan, female blacksmith who forges the magical Excaliburs of her age. Read at Huckleberry in Vancouver.  Dramatizes the young Elizabeth simply as a girl stalked by a predator:  her sister, Mary.  Sequel to Wild Bess.

Wild Bess:  Produced like a Brechtian epic at Café Picasso, a cabaret theatre.  A reviewer described it as showing a fairy tale princess being thrust into history.  Portrays Elizabeth I as a person -- & as the Moses of her people, as a political leader and as a spiritual leader, inspiring them to grasp their destiny in their fists, and fight off the Spanish Armada.  Dramatizes the birth of our strategic political concepts like “balance of powers.”  Utilized polyrhythmic music in interweaving Elizabeth at three ages:  20, 40, 60.  Won grant support from the J. Arc Foundation.

White Widow (full-length drama):  Produced at the Alliance Theatre, Atlanta. The love story of an astrologer and a would-be astronomer:  if he can just explain the baffling mystery of the Rings, with this one achievement he could redeem himself for selling out -- to her husband.  Started a technology venture financing business just to better understand the main characters I was writing about.  First complete draft read at 7 Stages, as The Woman who Braided the Rings of Saturn.  Earliest draft red at Southeastern Theatre Conference (as "AVATAR").

Till the Last Dog’s Hung (a full-length, angry comedy): Script-in-hand reading presented by the Southeastern New Play Project at Al Green’s, Emory Village, Atlanta.  Set in a lumber camp in the American Colony of the Philippines.

The Cage Opens:  Wrote, directed, and edited this short motion picture about Lenin and his wife, in Switzerland, on the eve of the Russian Revolution.

Bringing Back the Chair:  A vaudeville on the Death Penalty.  Developed and read in Atlanta.

Daddy’s Girl: When a developer with dangerous political aspirations treats his third wife & eldest daughter as co-actors – and audience, he learns they may be silenced – but not conquered. Published online by the New York Playwrights Group on Friday the 13th of January, 2017 -- one week before The Inauguration.

Mata Hari Turns 40:  The title says it all.  Developed through readings at NW Theatre Workshop and the Portland Center sStage.  Then directed by Ioan Ardelean and produced by America's Theatre in New York as the full-length "The Women of Paris:  The Secret of Mata Hari." 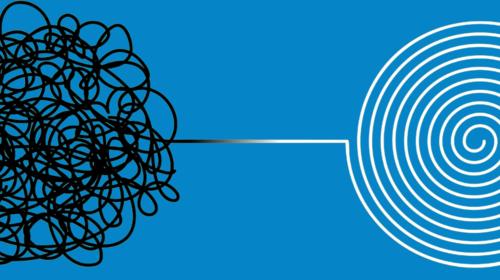