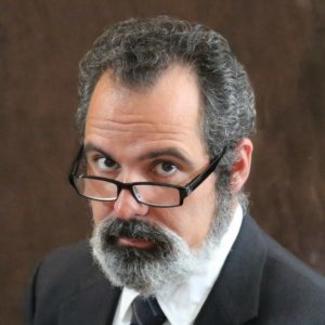 As a writer, most of Patrick’s works have challenged the stereotypes associated with gays and lesbians. In addition, his work has also grappled with the issues of having family members who are either mentally or physically challenged. Patrick’s play, THE HOUSE OF NUNZIO was named a semi-finalist for both the 2003 Mill Mountain Theatre New Play Competition and the Twenty-Sixth Annual Mildred and Albert Panowski Playwriting Award. Riviere updated this script with mentoring from recently passed Oscar nominated and Emmy winning writer Joseph Bologna. The newest incarnation of NUNZIO was named a semi-finalist for the Road Theatre Summer Playwrights Festival 2016 and subsequently given staged readings at Wellfleet Harbor Actors Theater and selected for the First Annual Playwrights Festival at Barnstable Comedy Club where it was named a WINNER in 2020. Patrick wrote the book/lyrics for a children’s musical, PRINCE WATERSPLASHER, which received a reading with the SCI Youth Ensemble in Manhattan and has adapted numerous children’s stories for PIE (Projects In Education) Story Theatre, including a ten-minute version of A Christmas Carol entitled OLD MR. SCROOGE, which was published in 2007.  He has written several other plays, including two One-Acts, several ten-minute plays, and a full length drama, A FLOWER IN AUTUMN, which had a World Premiere production in Chicago. His ten-minute play, I’M A UNIVERSALIST was selected to be a part of the Ten Minute Play Workshop. His One-Act, THE DAYS AFTER had a public reading in the summer of 2014 at the WOMR Davis Room in Provincetown. Patrick founded All Seasons Theatre Company, co-founded The Emerging Artists Project, Inc., and was Industry Professional Liaison and a member of the Adjunct Faculty for the Drama Department at NYU’s Tisch School of the Arts.  He has worked for Second Stage Theatre, Arts Horizons and The Hudson Riverfront Performing Arts Center. Patrick also served for a year as the chief theatre critic for theglobe.com in New York City penning all of their major reviews and his article about the necessity for “training” as an actor has been published by several organizations and websites.

The House of Nunzio