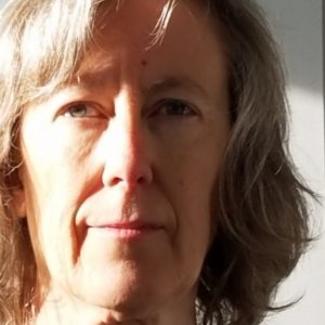 Pamela Hobart Carter's plays have been read or produced in Montreal (where she grew up as a landed immigrant), Seattle (where she lives), and Fort Worth (where she has only visited). She has two degrees in geology (Bryn Marw College, A.B. and Indiana University M.S.) and taught for more than thirty years. Although she won her high school essay contest, she only returned to writing about two decades ago. Her publications include more than 70 poems, a dozen essays, 2 non-fiction guides, and a half dozen short stories. With Arleen Williams she founded No Talking Dogs Press for which they wrote and published twelve short books in easy English for adults. She has also written a YA novel and is penning a novel for adults. In Seattle she has worked with 14/48, Drunken Owl Theatre, Freehold, Infintiy Box Theatre Project, Live Girls! Theater, Macha Monkey (Macha Theater Works), Seattle Cold Readers, Seattle Playwrights Salon, Theater Schmeater, and others.