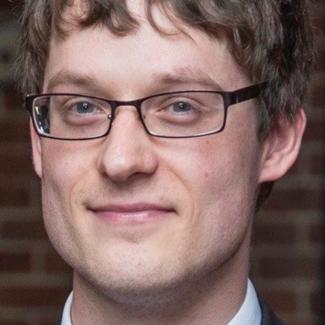 Nathan Fletcher (b. 1992) is a composer based in greater New York. In January 2018, his 20‐minute chamber opera, A Bridge for Three, written with librettist Megan Cohen and commissioned by the Washington National Opera for its American Opera Initiative Festival, premiered at the Kennedy Center; its score has been described as "melodious [and] neo-Romantic” (Anne Midgette, The Washington Post) and "gorgeous" (Alan Savada, Opera-L). It was subsequently produced by Hartford Opera Theater (Nov. 2018) and at Texas Christian University (Oct. 2019).

Nathan's short film opera collaborations with writer/director Adam Taylor have been viewed thousands of times on YouTube and received numerous film festival selections and accolades. Someone Like Me (L'opera di Facebook) has been described as a “must-see” (Jenna Simeonov, Schmopera) and “...amazing... Charming, dirty, irreverent, and a ton of fun” (Peter Szep, co-founder, New York Opera Alliance), took home the Audience Favorite and Judges’ Award prizes at the July 2018 Iron Mule Short Comedy Film Festival in Brooklyn, and won Best Musical at the 2018 Orlando Film Festival. Their latest opera film, Rumspringawakening, for which Nathan both composed the music and conducted the scoring session, was released online in April 2019.

For his orchestral song cycle on poems by Edna Saint Vincent Millay (premiered in 2017 by soprano Maria Eleni Zollo and the Mannes Orchestra), Nathan received an Honorable Mention in the 2017 ASCAP Foundation Morton Gould Young Composer Awards, having been a finalist in 2015 and 2016. Nathan is a member of ASCAP. His incidental score for The Picture of Dorian Gray, presented in May 2017 at the University of Oxford’s Michael Pilch Studio Theatre in the United Kingdom, was praised by Katie Stanton of The Oxford Student as “haunting... [and] genuinely moving throughout."