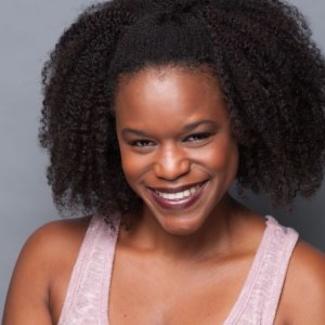 Nako Adodoadji is a writer, actor, director, producer, originally from Nairobi, Kenya.  She is an Orchard Project Episodic Lab Fellow and a graduate of the Playwriting MFA Program at Columbia University.  Her play, Kill Hamlet, was presented in the 2018 New Plays Festival at Signature Theatre, and her play, PROTEST, placed second in the Best Short Play Category for the 2017 Downtown Urban Arts Festival and was performed in the festival at Cherry Lane Theatre.  Additionally, a reading of her play, A Lonely Light, was presented in the 2015 Women Playwrights International Conference in Cape Town, South Africa, and a workshop production of the play was presented in the 2009 Philadelphia Fringe Festival.  In film, Nako most recently worked as script consultant and acting coach for the award winning short film, The Cage, which received the GOLD SCREEN Young Directors Award at the 2017 Cannes Lions Festival of Creativity and was a 2017 Oscar qualifier for Best Narrative Short.  She was a finalist for the Kate Neal Kinley Memorial Fellowship and was nominated for the inaugural Mabou Mines Suite Space artist residency program.  She is a proud member of the Dramatists Guild Foundation and Actors’ Equity Association.