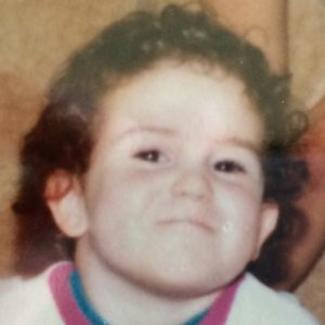 M.M. Kagan is a writer for theatre, TV, web, and radio whose work is known for being smart, lively, deliciously absurd, and wildly entertaining.

Kagan has been a writer for the 2018 CBS Diversity Sketch Comedy Showcase, having been chosen from thousands of applicants to write original material the network’s annual industry showcase. In early 2017, Kagan was also selected for an inaugural program from Whoop Inc. (Whoopi Goldberg) and Mana Contemporary as one of five writers to participate in a professional development program to write a single-camera sitcom pilot.

Kagan is additionally the creator of Submitting Like A Man, a viral blog about biases in the entertainment industry, which has been read over 15,000 times by people in 59 countries, as well as the Founder and Producer of TFIF Festival, a nationwide grassroots activist effort giving under-represented artists a voice to respond to current events. The festival, organized by Kagan and one co-producer in just four months, was held in March 2017 and included 27 shows in 18 cities across the United States and Canada, presenting work by over 140 writers (both new artists and award-winning individuals) to more than 2,000 audience members.

In live theatre and sketch comedy, Kagan has had work produced in NYC, Los Angeles, and beyond. Favorites include Play Chunks! in Ars Nova’s ANT Fest and Puppet Love at the American Globe (Festival Finalist & Honorable Mention for Best Show), as well as readings and workshops with New Dramatists, FRESH PRODUCE’d, Lincoln Center Directors’ Lab, Dixon Place, and more. In 2012, Kagan participated in the 10×10 Professional Development Series, and was selected for professional development by Big Beach Films (the producers of Little Miss Sunshine). Kagan is also the founder and captain of Dim-prov, an improv team that performs in the dark. As a freelancer, Kagan has been hired to write everything from webisodes to online dating profiles (really). NYU-Tisch, BFA in Dramatic Writing and Africana Studies.