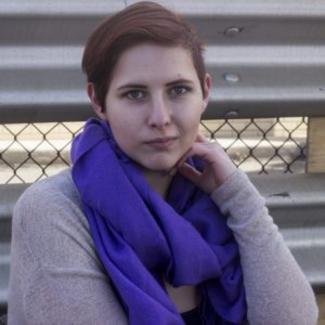 M Tomko is a Chicago based playwright and creator, originally hailing from Pittsburgh, PA. There, they studied theatre and technical design at Point Park University, where they earned a BA in Acting. Their work has been developed by Ophelia Street Productions, Devious Maid Productions, Horizon Theatre, and Last Frontier Theatre Conference. In 2015, they took part in Horizon Theatre’s Young Playwrights Festival, where they were named the Dramatist Guild of America’s Young Playwright of the Year. When not writing, they can be found petting dogs, drinking tea, and pretending to enjoy cardio.