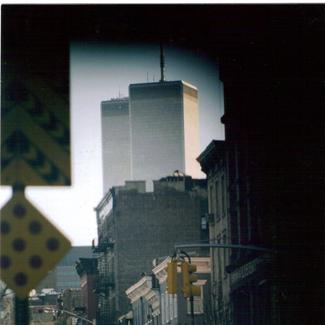 Award-winning New York playwright and filmmaker Mitch Ganem has written and directed for both stage and screen.  For the stage, Mitch currently has in development THE CAPITOL YEARS, the story of some of the greatest music in history featuring star turns by Frank Sinatra, Nat King Cole and Ava Gardner.  Mitch has directed several of his own plays, as well as works by Shakespeare and Strindberg, among others.  His plays have been produced across the country and won numerous awards, including the Playwrights Forum Award at the Spokane Civic Theatre, the Grand Prize in the DFAP National One-Act Playwriting Competition and the New England Actors Theatre Short & NEAT Playwriting Contest.  His play SCREAMING FOR TRAINS was produced by The Miniature Theatre of Chester (now The Chester Theatre Company).  Most recently he directed his own play A TRAIN TO LAUGH for The Barnstormers Theater.

For the silver screen, Mitch is co-writer of the Joel Zwick-directed ELVIS HAS LEFT THE BUILDING, starring Academy Award winner Kim Basinger and John Corbett. Original screenplays include KNIGHTSHADE, which finished as one of top ten finalists in the Writer’s Foundation ‘America’s Best’ Competition; and LOVE IS A TANGLE, which reached the final consideration round for The Sundance Institute’s Filmmaker’s Lab.  His original screenplay KINKY GRACE won a gold award in the 2019 WRPN Women's International Film Festival and was a semi-finalist in the Toronto LGBT Film Festival.  His screenplay LOVE AND THUNDER was a finalist in the 2018 Artemis Women In Action Film Festival.  His screenplay DRINKING IN NEW YORK finished in the top ten percent of the 2015 BlueCat Screenplay Competition. Mitch wrote the screenplay RED GUN DIARY for RGD Movies in Dallas, Texas.  Currently he is in pre-production on his original screenplay RISING TIDE which he is directing for Beachfront Films and Angel Grace Worldwide.  Other projects include rewrite work on the original screenplay ROBOT & FRANK for The Herrick Company and Park Pictures.  The movie premiered at the 2012 Sundance Film Festival.

Some of Mitch’s writing & directing work can be seen here:

Mitch's other projects include writing the original screenplay NO VISIBLE HORIZON for Tueleos Partners and the screenplay adaption of J.P. Polidoro’s thrilling novel TATTOO: INCIDENT AT THE WEIRS for First Light Management.

Mitch has directed TV commercials for such clients as GoPro, Chevrolet, Lord & Company, and The New York State Division of Substance Abuse, and music videos for such stars as Meghan Cary.  His short film "Killing Dinner" has played in film festivals across the country and as far away as Turkey.  He also directed the short film “It Came From New Jersey,” which won the SMPTE Grand Prize Award.