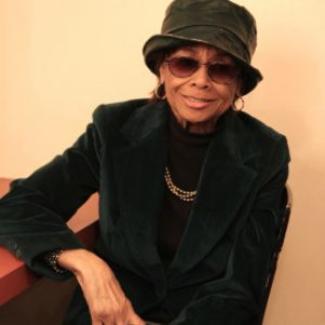 Micki Grant's works include Don’t Bother Me, I Can’t Cope, The Ups and Downs of Theophilis Maitland, Step Lively, Boy and Croesus and the Witch. Additional Broadway credits include Your Arms Too Short to Box With God in 1976 and Working in 1978. As a lyricist, Grant worked on Eubie in 1978 and It’s So Nice to Be Civilized in 1980. Her other credits in music and lyrics include J. E. Franklin’s The Prodigal Sister in 1974 and music and lyrics for Phillis in 1986. She also wrote the English lyrics for Jacques Brel Blues.

Micki Grant received a Helen Hayes Award for her performance as Sadie Delaney in a two-year tour of Having Our Say in 1996, which also ran six-weeks in Johannesburg, South Africa in 1998. She is the recipient of the National Black Theatre Festival’s Living Legend Award in 1999 and the AUDELCO’s Outstanding Pioneer Award in 2000. In February 2005, she was honored at the New Federal Theatre’s 35th Anniversary Gala. Grant has also garnered a Grammy for Best Score from an original cast album; an OBIE Award for music and lyrics; a Drama Desk Award for lyrics and performance; an Outer Critics Circle Award for music, lyrics and performance and five Tony nominations. She is also the recipient of an NAACP Image Award.