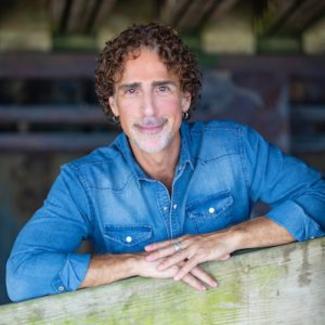 MICHAEL SOTTILE has collaborated on over twenty Broadway and Off-Broadway productions including those with The Public Theatre, The Manhattan Theatre Club, The Shubert Organization, The Brooklyn Academy of Music, Theater for a New Audience and Lincoln Center. He has worked with such talents as Meryl Streep, Katy Segal, Mary Tyler Moore, Elizabeth Swados and Miss Coco Peru. He wrote the underscore to the documentary film THE HATING POT (co-produced by Steven Spielberg), the score to the Off-Broadway hit, END OF THE WORLD PARTY, and the 25th Anniversary production of Harvey Fierstein's, TORCH SONG TRILOGY.

Original musicals include OH, WELL, DERIN BROCKOVICH, THE SNOWMAN IN THE DUNES, JOAN, and the critically acclaimed INAPPROPRIATE, a musical based on the journal entries and poetry of teenagers. Michael's new musical, ONE DAY, is being produced by Scott Prisand (ROCK OF AGES, LEGALLY BLONDE), Big Block Theatricals (HEATHERS) and Tony Award-winning producer, Jamie Bendell (A GENTLEMAN'S GUIDE TO LOVE & MURDER). He is collaborating with two-time Grammy nominee, AnnMarie Milazzo, on JOAN - a rock opera based on the life of Joan of Arc, and with Bob Degus (Award-winning film producer of PLEASANTVILLE & AUSTIN POWERS) and Alexandra Angelique on a musical virtual reality experience of a modern day A CHRISTMAS CAROL. Michael's musical, INAPPROPRIATE, has been optioned for a feature film. He is currently writing the score to the new play, WHO'S HOLIDAY!, starring Lesli Margherita and opening at the Westside Theatre in November, 2017

Michael is a proud member of the Stage Directors and Choreographers Society (SDC) and the Dramatist Guild of America.

The New York Times has called his work "brilliant and positively transporting," and the New York Post has praised him as "highly original and an artist to watch."