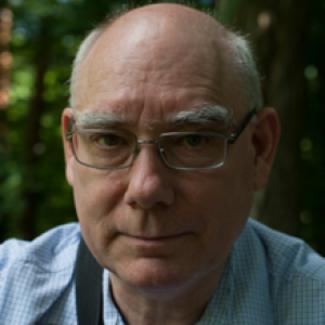 I have been passionate about the theater since I saw Archibald MacLeish's JB as a very young boy. There followed Macbeth from the Old Vic, and many musicals. I began to study ancient Greek drama in the original  with special fervor in my senior year of high school, and continued to pursue my enthusiasm through college and graduate school. White a post-graduate student in Classics at Balliol College, Oxford, I saw many plays in London, Stratford, and elsewhere. After a career in the visual arts as a curator and dealer, I moved from New York City to Williamstown, Massachusetts to write full time. I wrote novels and short stories first, then began to write as a critic of art, classical music, and drama, the latter with a view to writing plays. The composer Lewis Spratlan invited me to write a libretto for a Medea opera, Midi, which we completed in the spring of 2017 and presented a workshop performance of the first act sponsored by American Opera Projects. Since then I have completed a three-act play, All Souls, and a solo play, Transfiguration, which had two performances at the United Solo Festival in New York, where it received the award for Best One-Man Drama, as well as a one-act play, Leonard and Bud, about the imagined friendship between Marlon Brando and the photographer Leonard Freed. During the summer of 2020 I completed the first draft of Lenz's Melancholia, a solo play inspired by Büchner's "Lenz" but based on J. F. Oberlin's original report on his attempt to help the insane young playwright and social reformer. I am working on revisions, as well as Breezewood, a three-act drama about evangelical truck drivers and a screenplay called A Lady of the Mountains.